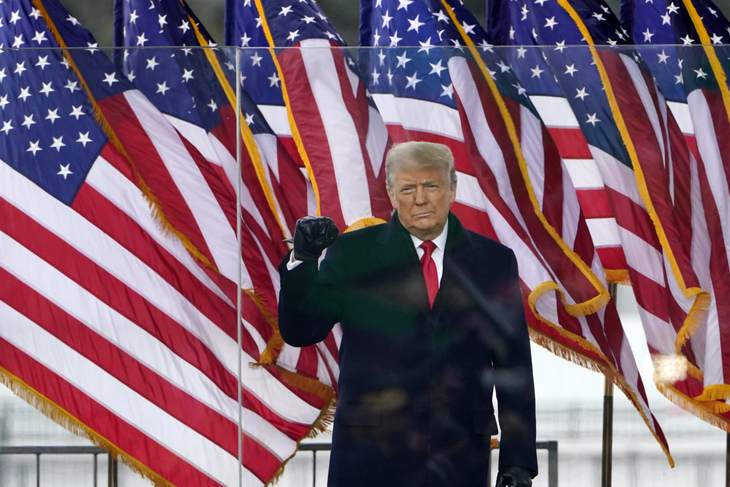 This week’s impeachment of President Trump was done under the pretext that he urged people attending the Save America rally to riot at the Capitol Building. There’s no evidence that the president’s words urged riot or unrest, as I pointed out at PJ Media. In fact, there are things he said that mitigated against the claim that he urged people to crash the Capitol Building, scare people, and break things. But could President Trump have stopped it? Our timeline shows the president was still on stage and speaking when the clash at the Capitol started.

Indeed, it’s possible the siege could have been averted had the Capitol Police taken the advice of the FBI and NYPD monitoring the chatter of the QAnon conspiracy theorists planning the assault and responded with increased security. The lax security was observed by a shocked senior analyst at the Center for Security Policy.

Oddly, the Washington field office of the FBI did not consider the rally a security threat.

But the president is blamed for the outburst of violence. Is that blame justifiable?

Some suggest that questioning the election results and then holding the rally itself were bad ideas, but President Trump did not urge the crowd to violently overthrow the Capitol Building in his speech. He talked of a peaceful march. Considering there had been little or no violence caused by his supporters at rallies before (antifa has started plenty of scraps), and that he had not been briefed about QAnon online chatter, according to media reports, should the president have reasonably known there would be violence?

We might find some answers in the timeline. This timeline is based on reports and the Twitter timelines of people chronicling the events. All times are Eastern.

The Date for the Event Is Set

12/22: The date for the Save America rally is moved to 1/6 from the day after the inauguration. January 6th is the date the Electoral College votes are to be counted

WUSA reports the rally is permitted but a march by the Women for America group is not. It’s possible another group has a permit to conduct a march.