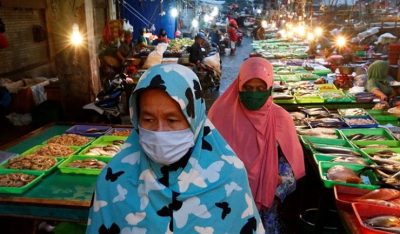 When fear of covid-19 was at its peak, we were told it was killing 3.4% of those who got the disease, similar to the famous “Spanish flu” of 1918, which killed 60 million people worldwide. The New York Times editorial board said this was a world war 2 level problem that deserves an equal level of national commitment, they claimed that in the worst case scenario over 1.7 million Americans would die from the virus.

On cable news stations on the right and the left there was a constant ticker on the bottom of the screen showing how many cases and deaths there were, something we’d never seen until this pandemic. There were videos of people “panic buying” necessities at the start of the lockdowns or stay at home orders, & later videos of filled hospitals or body bags being carried out of hospitals.

First it was China locking down, then Italy, then eventually the rest of the world (no longer a handful of countries). We were told we had no other choice. Many have forgotten now, but even right wingers were down with the program this spring, 42 states including the majority of the ones with Republican governors, had “stay at home” orders. These states made up 95% of the us population. Tucker Carlson was on Fox News telling his viewers to be terrified of the new coronavirus, and apparently he even personally drove to go see President Trump and tell him how serious this was. Soon after, Trump himself was talking about how deadly the virus was and how serious of a problem it was, he also supported stay at home orders. There was non stop talk about a “new normal”.

Certain terms have become ubiquitous, like “social distancing”, and “flattening the curve”. How scared is the public? A recent vox poll showed 52% of Americans support a 1 month national lockdown. Back in April, at peak level of panic, an AP poll showed 87% of Americans supported stay at home orders, including 78% of republicans! America wasn’t so polarized then, was it? And obviously it’s not just America, the rest of the world is frightened to and has been since last February. Many people across the world think covid has already killed off a decent chunk of humanity. 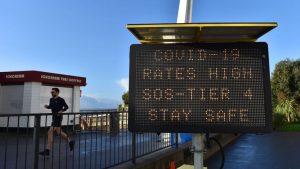 A survey taken in July asked 1 thousand people in several different countries what percentage of their country they thought was killed off by covid, answers ranged from 3% in the us to 9% in Germany, this is several times the actual percentage and something you’d see in a scifi movie. Even after the public was told in some reports maybe this virus really didn’t kill 3.4%, and that we were missing a lot of asymptomatic cases, we were still told to be terrified (and most media outlets kept using the higher death rates when discussing COVID-19 anyway).

It was still considered “at least 10 times deadlier than the flu” (1 % vs .1%) and anyone who compared it to the flu was ridiculed, despite the similarity in symptoms. We were told that the experts overwhelmingly supported the stay at home orders, that anyone who was against them was akin to a climate change denier who did not respect science, or, just a psychopath.

There was also the question of the origin of the virus, while technically a mystery, it was said that the virus having come from a lab was highly unlikely. The virus was first noticed in Wuhan, China, which happens to also have a high level bio research lab, this obviously had many thinking of the possibility the virus snuck out. The most commonly accepted theory is this virus somehow jumped from a bat or some other closely related animal, but we don’t know for sure. This mysterious element of the story almost certainly added to peoples fear and paranoia. The thing is, this was all a farce, we were and are not dealing with anything comparable to the 1918 flu. We were dealing with something more like a normal bad flu season in some parts of the first world, and a very light one in most of the world.

Most experts and peer reviewed papers were not calling for mass quarantines or “stay at home” orders. Most places were not “following the science”. The most logical conclusion that can be made is that the virus has been exaggerated so big business can swallow as much of small business as possible and so the ruling class can move forward with its fourth industrial revolution or “great reset” at a rapid pace. This involves things like the increased use of automation, artificial intelligence, 3d printing, increased online shopping & working from home, the move toward ending paper money, & increased big tech censorship. This has all happened when it’s happened most likely because the super rich were going to end up needing another giant bailout, and they knew people weren’t going to accept that under normal circumstances. Here’s what Michael Parenti would call a “conspiracy analysis” of this crazy situation.

Let’s start with the lies about the lethality of the virus.

At this point it’s settled science that covid mainly kills the old and the frail (this doesn’t mean it can’t kill young people, just that it’s extremely rare). An unusually high percentage of covid deaths are in nursing homes where studies show the average person only lives 6 months after entry anyway. In the us nursing home patients make up less than 1% of the population but are 39% of covid deaths.

A recent peer reviewed study published by the WHO showed that when you look at antibody studies done worldwide, which is the best way to see who has and hasn’t been infected, the virus actually only kills about .2 to .3% of those who get it. In the third world the number was much lower, and for people under 70 worldwide it was .05%. That’s a 1 in 2000 chance of dying after catching covid if you’re under the age of 70. To put this in perspective, that’s the infection fatality rate for about 90% of the world and about 80 to 85% of the richest countries.

So, how is it that this virus I just described has scared people so much? How have they been convinced this virus kills at several times the actual rate?

Well, as already mentioned, there was mass media hysteria, the constant case/death numbers on the screen, the constant anecdotal evidence, but propaganda by omission has also been huge. Many people either aren’t aware or seem to have forgotten death is a daily thing, it’s always sad when it’s a loved one but it happens, about 150,000 people die every day on average. This is the type of context that was never given to the covid case and death numbers on local and cable news.

Reports of full hospitals in covid hot spots like NYC and cities in northern Italy weren’t given context either, those are places that constantly have full hospitals during the winter. Another big factor is the under estimation and misunderstanding of influenza or “the flu”. For starters, there isn’t just one flu, there’s a bunch strains of influenza, some more deadly than others.

Us regular folks outside the medical community just call all of them the flu. Many influenza strains are also more deadly than .1% according to many experts. The German network for evidence based medicine and the German health ministry says 2017/2018 flu season was .4 to .5% infection fatality ratio.

According to the CDC covid would only be a level 2 out of their 5 level pandemic severity index, showing that influenza strains clearly get higher than 0.1% . The WHO says up to 650k per year die of influenza like viruses and a bad year can obviously be much worse. Another thing the average person probably doesn’t understand, because of the mainstream media, is that there are many coronaviruses too.

The “common cold” is usually either a coronavirus or a rhinovirus (usually the latter). Yet at the beginning of the pandemic and to a lesser extent now, people have referred to this virus as THE coronavirus. This is extremely deceptive and makes Covid-19 seem more unique and deadly than it is, which causes panic.

Not only is it not very unique but it’s not even the most deadly coronavirus. SARS and MERS, both of which are coronaviruses that have been dealt with in the last 20 years are far more deadly than Covid-19. Why would it be referred to as THE coronavirus if it’s not the most deadly? Of course deaths aren’t the only measure of lethality, there’s been tons of stories of people getting sick for longer periods of time with covid, but this can happen with different kinds of influenza as well, it’s called post viral syndrome. There are also things like myocarditis, and the even more rare instance where something crazy can happen like becoming paralyzed. These headlines about covid causing these things in rare instances frighten people but once again, influenza can do these things too. Since they’re rare, people don’t fear monger about them.

Stanford professor John Ionniadis, one of the most cited infectious disease experts on earth, called this a “once in a century evidence fiasco” back in March. As I said earlier, politicians around the world were not “following the science” as we were told in the mainstream media, how do we know? Simple. As former NY Times reporter Alex Berenson has pointed out in his book unreported truths, before COVID-19, the WHO had prepared for the possibility of pandemics of airborne viruses deadlier than this. What did they recommend? Nothing close to a lockdown/stay at home order, in fact they weren’t even confident in basic things like mask wearing or hand washing. They changed their tune radically in early 2020 without scientific justification.