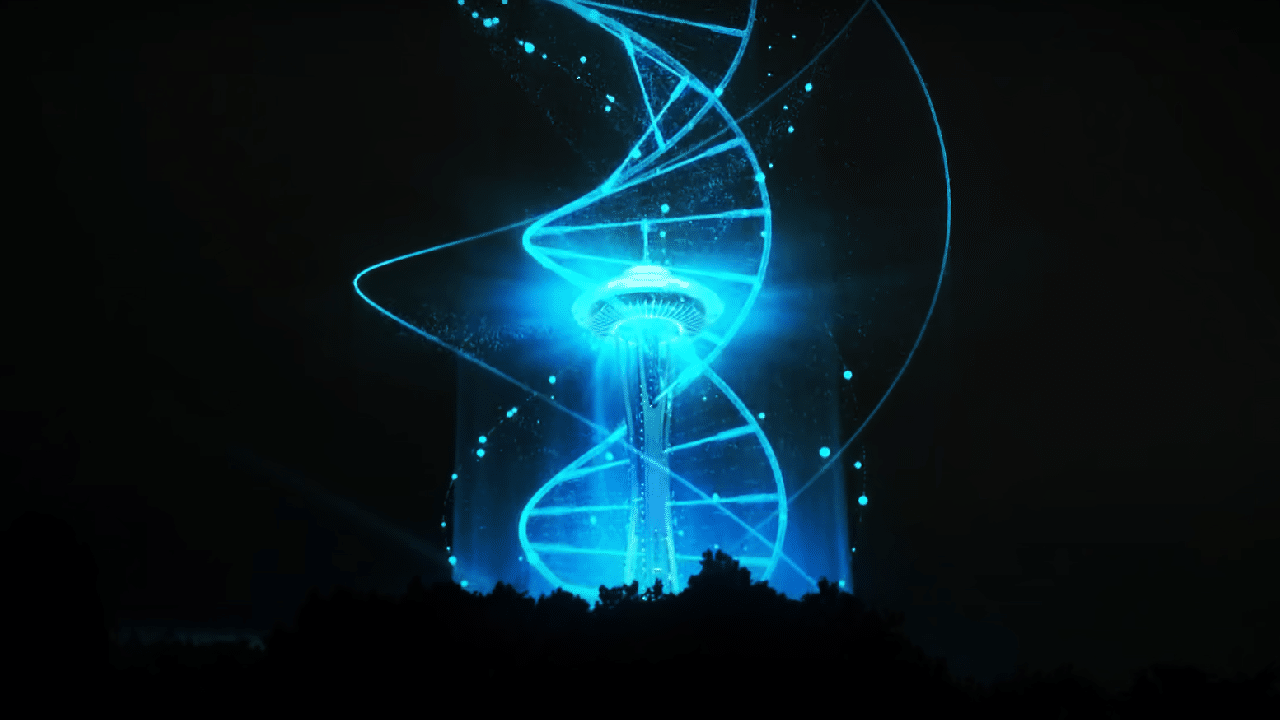 On New Year’s Eve, the Seattle Space Needle presented a bizarre virtual light show that featured bizarre imagery such as a DNA double-helix, sacred geometry, and some ominous figures. Here’s a look at this event which took place during the first minutes of 2021.

Back when life was somewhat normal, people in Seattle could greet the new year with some fireworks at the city’s most famous landmark: The Space Needle. Several cities around the world celebrate the new year with similar traditions because fireworks are fun, loud festive. Also, they can be enjoyed outside while surrounded by a bunch of happy people. 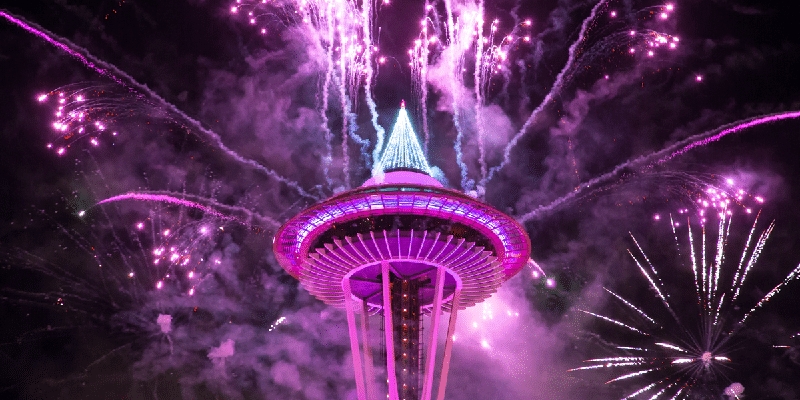 However, as you might know, 2020 was “different”. It specialized in sucking the fun and excitement out of everything while introducing synthetic substitutes that just feel wrong. In this regard, Seattle’s NYE “celebration” perfectly summed up 2020.

Because, instead of going outside, breathing fresh air, and enjoying a fun, genuine, and authentic experience, Seattleites were told to stay inside and stare at screens while it hypnotizes them with crappy CGI filled with weird symbolism. Welcome to 2021.

On the official website of the Space Needle, the event was described as follows:

The Space Needle ushered in 2021 with a sensational and innovative new show for T-Mobile New Year’s at the Needle. This year’s celebration featured striking visuals in a wondrous display of digital effects, engineered to bring viewers bigger thrills than ever before – all safely from the comfort of home.

Using sky-mapping technology and real video footage, the Space Needle was layered with immersive, digital artistic expressions to create an illusion of color and wonder. In reality, the tower was lit in T-Mobile’s distinctive magenta color, but on the screen, viewers were dazzled by a virtual spectacular surrounding the Space Needle and the skies above.

There were no in-person festivities and no events at Seattle Center on New Year’s Eve – the show could only be seen on your screen!

While the website makes one think that this light show is the best thing that ever happened in human history, comments on YouTube are much less enthusiastic.

In fact, about 99% of the comments on YouTube were overwhelmingly negative. There’s talk about an alien invasion, Project Bluebeam, and the coming of the Antichrist. Others are not quite sure what’s going on, but they have a gut feeling that it’s just wrong.

One this is for sure: Instead of ushering in the new year with some much-needed fun and excitement, the show only managed to confuse and creep out people. Because there was a whole lot of bizarre imagery going on there. Here’s a look at it.

After the New Year’s Eve countdown, if one looked at the actual Space Needle, there was absolutely nothing happening there. The show was entirely virtual and driven by CGI. In many ways, the show reminded me of the 2020 MTV Video Music Awards which was all about green screens, CGI, and fake audience noises. I described the 2020 VMAs as a “dystopian abomination”. I’d use the same exact description for this light show.

The show began with fake crowd noises and a countdown to midnight that sounded weird and computer-generated.

It’s midnight and 2021 is finally here! Do you celebrate by popping champagne and kissing your significant other? Of course not! You need to stare at your screen because the first seconds of this new year need to be filled with disturbing imagery.

After a few timid (virtual) fireworks, the show begins with a segment that appears to describe the birth of new life … a bizarre and unnatural life. That somewhat makes sense because the Space Needle, not unlike countless monuments across the world, is, in its essence, a phallic display. In esoteric symbolism, these monuments represent male energy and they’re usually “completed” with a structure that represents female energy (often a dome or something womb-like).

Appropriately enough, the Needle appears to be emitting what I can only call “electronic sperm”.

Welcome to 2021. Here’s some electronic sperm to celebrate.

Then, these things morph into something else.

A DNA double-helix surrounds the needle.

That’s probably the moment where people start losing their smiles while watching this. That DNA thing basically announces that this show is not about fireworks, it is an intricate display that contains symbolic imagery that begs to be broken down and analyzed. Yup, it’s time to take off your “2021 party” hat and put on your “WTF are they trying to tell us this time” hat because it’s one of THOSE things.