Last Monday you’ll recall I blogged about the op-ed piece in TASS by Mr. Dmitri Medvedev, a stable feature and highly placed individual within the Russian government in the past few years. In his article, Mr. Medvedev pointed out the dubious precedent of the American tech-giants censoring Mr. Trump, and implied the necessity for other countries to distance themselves from their social media platforms. In the context of his remarks, he clearly meant to imply that these were some of the blowback or fallout issues stemming from the recent American elections.

But there are more, and they concern the internet itself. These two articles, shared by D.D. and V.T. respectively, concern that blowback regarding the internet more directly:

Let’s take the first article from Zero Hedge first. The Russian concern appears to be space-related:

In the Russian-language article, translated for Ars by Robinson Mitchell, members of the Duma assert that accessing the Internet independently would bypass the country’s System of Operational Search Measures, which monitors Internet use and mobile communications. As part of the country’s tight control on media and communications, all Russian Internet traffic must pass through a Russian communications provider.

It is not surprising that Russia would take steps to block Starlink service—the country’s space chief, Dmitry Rogozin, views SpaceX as a chief rival in spaceflight. –Ars Technica

Russia’s Rogozin has been critical of the US Department of Defense and NASA for subsidizing SpaceX via government contracts worth several billion dollars, partially in exchange for launching cargo at a deep discount compared to other providers. He added that Starlink is ‘little more than a scheme to provide US Special Forces with uninterrupted communications.’

Rogozin is correct. Not only is space the “winner takes all” game that’s afoot, control of space is absolutely crucial for another reason. Not only is is a war-fighting domain, it is now the essential field of operations to the flow of information.

With that in mind, consider the final sentence, which D.D.’s original email containing the article highlighted:

Meanwhile, Russia is planning its own satellite-based internet, “Sphere,” which could launch as soon as 2024. While its budget has yet to be revealed, some reports have indicated it could cost as much as $20 billion.

This corroborates Mr. Medvedev’s concerns over Silicon Valley’s censorship of Mr. Trump, but additionally reveals the geopolitical motivations: Russia does not intend to allow only “one narrative” to be allowed to optimize space and “the information space.” And rest assured, this means other space powers – Japan, China, India, Europe, and very possibly Brazil and Argentina and a few others – will not be far behind.

In short, the internet, and its ability to rapidly disseminate information, particularly information contrary to official or corporate agendas and narratives, is now a playground for geopolitics in a way that it was not before.

And that brings us to the second article shared by V.T. Note the following:

(Reuters) – Sir Tim Berners-Lee, the British computer scientist who was knighted for inventing the internet navigation system known as the World Wide Web, wants to re-make cyberspace once again.

With a new startup called Inrupt, Berners-Lee aims to fix some of the problems that have handicapped the so-called open web in an age of huge, closed platforms such as Facebook.

Building on ideas developed by an open-source software project called Solid, Inrupt promises a web where people can use a single sign-on for any service and personal data is stored in “pods,” or personal online data stores, controlled by the user.

“People are fed up with the lack of controls, the silos,” said Berners-Lee, co-founder and chief technology officer of Inrupt, in an interview at the Reuters Next conference. This new, updated web, Berners-Lee said, will enable the kind of person-to-person sharing and collaboration that has helped make the big social media services so successful while leaving the user in control.

It sounds nice, but one wonders just how much user-control and privacy there will be, when the following people are involved in the project according to the article: 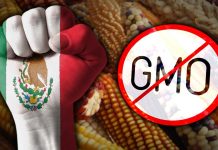