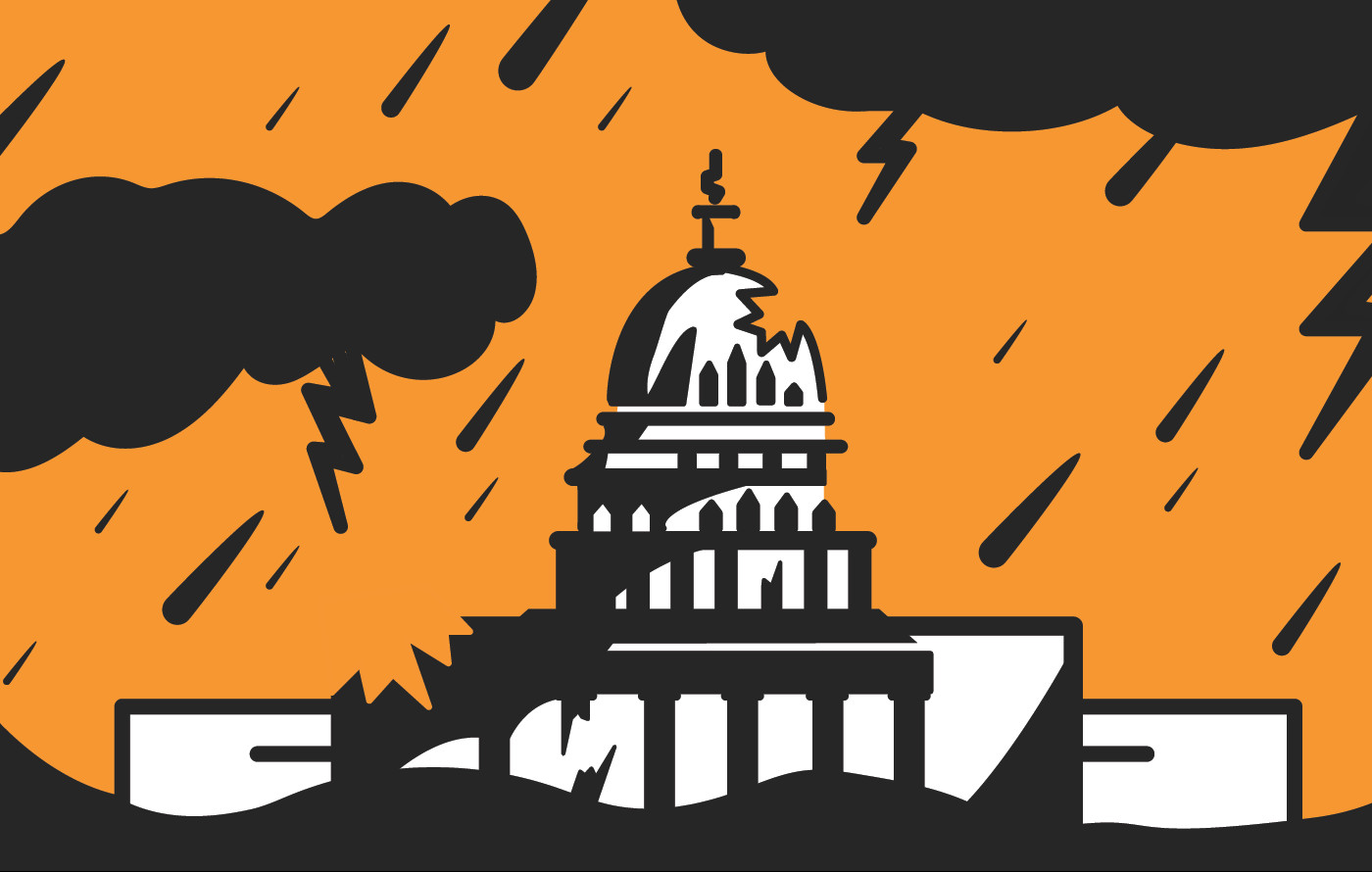 Scattered throughout the length and breadth of the United States are those who have experienced first-hand the tyranny of despotic rulers and repressive one-party oligarchies.  Today, many of us that came here as refugees are watching with bemusement and a mild sense of trepidation as the oblivious, self-absorbed, puerile wannabe autocrats in the Ruling Class are hell-bent on imposing their dysfunctional version of one-party dictatorial rule on a nation they apparently neither know nor understand.

The vast bulk of this cadre of self-styled intellectuals and societal elites are little different from those in various European nations.  They are not only beset with a severe case of narcissism but are among the most gullible and easily manipulated due to their overweening need to feel superior to those they perceive to be lesser fellow citizens.  This sense of superiority eventually manifests itself in an immutable belief that they are preordained to rule the unwashed masses.  Thus, they easily fall sway to a charismatic leader or are willing to accept any inane philosophical theory or deviancy that helps embed their status among the nation’s elites.

George Orwell in a letter written in 1944 (5 years prior to the publication of his seminal work 1984) wrote the following:

There is this fact that the intellectuals are more totalitarian in outlook than the common people.  On the whole the English intelligentsia have opposed Hitler, but at the price of accepting Stalin.  Most of them are perfectly ready for dictatorial methods, secret police, systemic falsification of history etc. as long as they feel it is on ‘our’ side.

The current iteration of the American Ruling Class has not only embraced dictatorial methods as a means to their ends but are astonishingly ill-educated thanks to decades of indoctrination rather than education at America’s universities.  This ill-education encompasses not only an inability by the vast majority to reason and generate an original thought but also a breathtaking ignorance of the history of mankind, and a profound inability to comprehend the American experience and citizenry.

The history of the 20th Century is replete with examples of nations that have succumbed to one-party tyrannical rule.  In all cases these countries share at least one of two common threads.  First, due to global or regional wars, they suffered overwhelming destruction to their societies and economies, opening the door for those espousing Marxism/socialism as a cure for the nation’s ills.  Second, none of these nations had a centuries long history of freedom and self-determination.

The most notable examples of totalitarian one-party rule were Germany and Italy, and currently Russia and China.   The devastating physical and financial destruction of World War I precipitated chaos throughout these European nations.  World War II opened the door in China for Mao Zedong to solidify his party’s supremacy as he had been unable to do so in previous internal conflicts.  These hostilities were the catalyst for the rise to power of one-party rule in all these nations under either the banner of Fascism, Nazism or Communism.  Further, none of these nations (and others with dysfunctional impoverished societies that succumbed to one-party rule, such as Cuba) had any meaningful history of a being a successful multi-cultural society steeped in freedom and unfettered capitalism.

The United States is not reeling from the aftermath of a devastating war on its soil.  Its citizenry is not suffering the effects of a massive depression.  This nation for 245 years has promoted and reveled in individual freedom and free enterprise.  As a result, its economy, particularly over the past century is the most successful and dominant in world history.  America is the only country in the annals of mankind that has sanctioned the unrestricted right of the populace to own and bear arms as a bulwark against an oppressive central government.  This is not now, nor has it ever been, a nation ripe for the ascension of one-party totalitarian rule.

Thus, the current infatuation with themselves by this nation’s elites is about to run headfirst into a brick wall.  Their attempt to transform the United States into their hybrid version of a one-party oligarchy under the banner of a new hybrid of socialism is doomed to failure.

Their psychotic obsession to rid themselves of the threat that Donald Trump posed to their hegemonic plans has prompted unforced and fatal errors.  The blatant hijacking of the 2020 election using the Chinese Coronavirus as cover.  Unabashedly, and with malice, defaming half of the voting citizenry as irredeemable domestic terrorists that must be vanquished.   Accusing nearly 70% of the population of being racists solely because of their skin color.   Unable to control themselves and within hours of having assumed control of Congress and the White House, plunging headfirst into uncharted political overreach through an avalanche of Executive Orders.

These actions reveal a mindless faction in the process of emulating the final scenes in The Wizard of Oz drawing back the green curtain exposing their true colors, character and incompetence.

The vast majority of the denizens of the Ruling Class are not the best and brightest.  They are mere hangers-on who have an insatiable need to be considered part of the in-crowd.  While many have framed elite university diplomas hanging on their walls, they are nearly devoid of what used to be generically known as common sense.  Their most prominent personal characteristics are self-aggrandizement and cupidity.  Their espousal of Marxism/socialism is self-serving as this philosophy empowers an omnipotent ruling class or oligarchy.  Yet, they could not survive a week in those repressive societies they glorify and wish to foist on the rest of the country.  When confronted with their failures they invariably blame others and are, for the most part, moral and physical cowards.  They will not stand up to an organized and determined citizenry.

Therefore, Americans must now mobilize to not just win skirmishes but to permanently dispatch these fatuous megalomaniacs who have declared their determination to transform America and create a one-party oligarchy.   The time has come for unfettered and peaceful civil disobedience as espoused by Gandhi and Martin Luther King.  Marches and demonstrations must become commonplace.  Additionally, the vast majority of Americans need to stop watching and reading the mainstream and social media and instead search out and support alternative news sources.

The citizens of each state must mobilize and demand that unlawful or illegal edicts and Executive Orders emanating from Washington must be ignored by the individual state governors and not just challenged in the courts.  The citizenry needs to forcefully and immediately concentrate on changing and codifying election laws in all the state legislatures.   Further, the focus in future elections should not be on Congress but rather governorships and state legislatures throughout the country.

It is imperative that the people vote in the congressional primaries as if they were the general election in order to dispatch to the ash heap elected officials that aided and abetted the election fraud of 2020, the second impeachment of Donald Trump and any legislation advancing the tyrannical agenda of the Ruling Class.

Lastly, various elements of the populace need to stop falling prey to the not-so-subtle message put forth by various elements of the mainstream and social media monopoly that all is lost, and the left has won the war to transform the nation.  They have not and will not.  Pessimism and defeatism are what the ruling elites are counting on.   Confidence and a willingness to fight for this country is a trait all of us who were rescued by the American people from either the cauldron of unconditional war or the tyranny of oppression experienced first-hand and continue to see in many of our fellow citizens to this day.