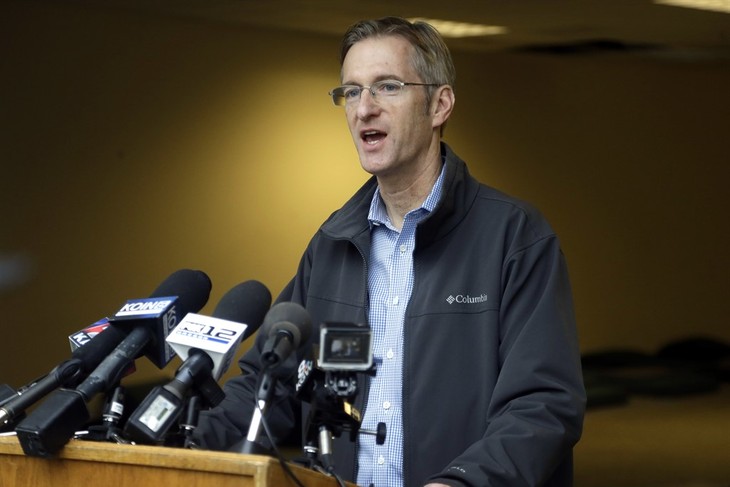 Portland Mayor Ted Wheeler can’t eat in peace in his hometown when antifa terrorists are on the loose. No matter what this guy does, he can’t win. Excusing antifa violence and refusing to call for rioters’ prosecution when they burn buildings and try to secede from the United States isn’t doing him any favors in their eyes. No one knows what more they could possibly want from him. But anyway, here’s some more footage of antifa terrorists terrorizing Wheeler and the citizens of Portland without consequence.

Sorry, I forgot that since antifa don’t like Trump they are to be referred to as “peaceful protesters.” Reporter Andy Ngo said Wheeler was punched in the face after this encounter. Feel the peace, Ted!

BLM-antifa extremists confronted Portland mayor Ted Wheeler while he was dining out last night. Serial-riot arrestee Tracy Molina was part of the mob. Shortly after this video, he was punched. #antifa pic.twitter.com/hcVWJdJKcd