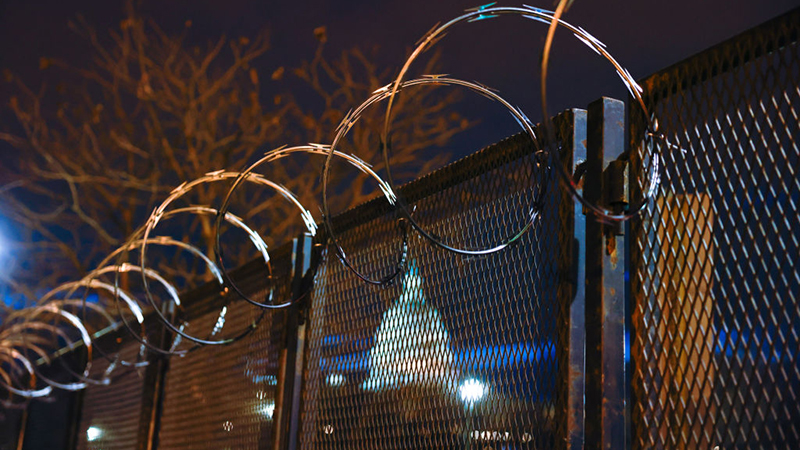 Democrats “need you to be very, very afraid of anybody who didn’t vote for Joe Biden”

Appearing on Tucker Carlson Tonight Tuesday, Senator John Kennedy described the ongoing military presence in Washington DC as like something out of ‘Mad Max’, and urged that it is designed to scare Americans into submission.

“[The] inauguration is over, but if you look around Capitol Hill, parts of it look like a scene from Mad Max,” Kennedy told Carlson.

“I mean, there’s razor wire, fences, barricades, humvees, automatic weapons, at one point they had tanks, and the news media is always filming this stuff,” the Senator added.

“If you ask our Democratic leadership, which is in charge, they’ll tell you we have all this here to keep you safe,” he continued, adding that it isn’t a stretch to believe “there’s a political angle here.”

“A cynical person might surmise that the Democratic leadership with the news media is trying to send a message to the American people, and that message might be the Republicans couldn’t keep you safe, but we the Democrats can,” Kennedy added.

While the martial law theater continues, Kennedy and Carlson noted that the ultimate irony is that ordinary Americans are less safe.

“We the uber-elites are very busy, important people,” Kennedy said with tongue in cheek.

“We’re very smart, we’re very virtuous, we have a second home with a long driveway and we are telling you we need you to be very, very afraid of anybody who didn’t vote for Joe Biden and that’s why we need to call in the National Guard,” the Senator added.

As we highlighted earlier this week, at least 5,000 National Guard soldiers will remain in DC until the second impeachment trial of Donald Trump is completed, a process which likely won’t be concluded for at least six weeks.