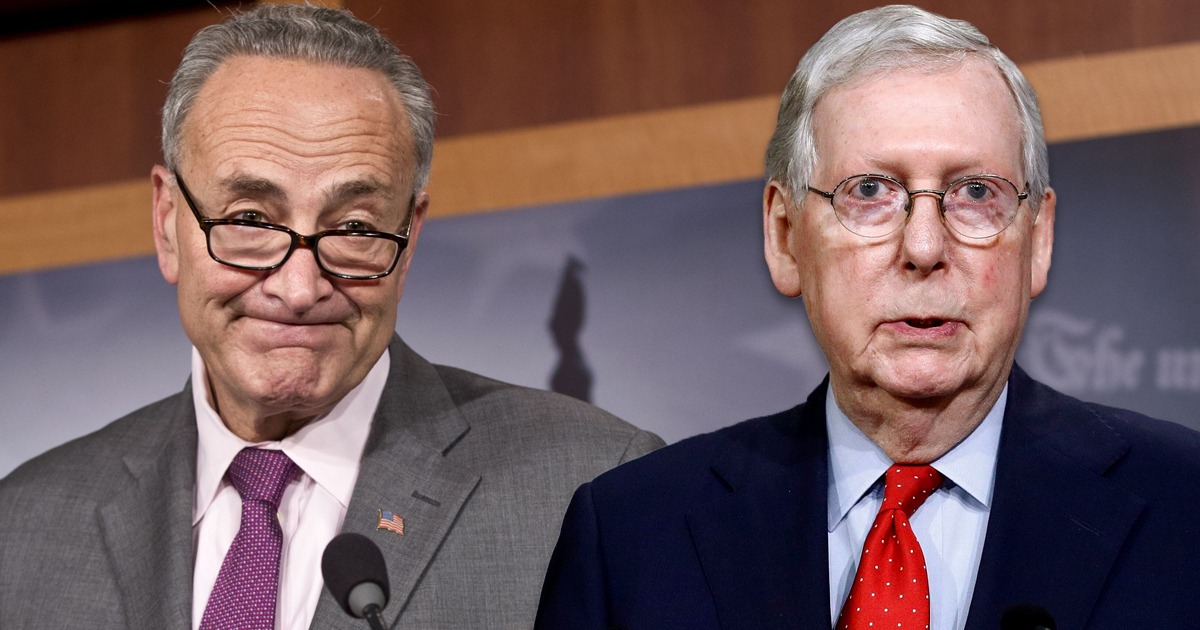 “Make no mistake, a trial will be held in the United States Senate, and there will be a vote on whether to convict the President,” Schumer said

House Speaker Nancy Pelosi (D-CA), is set to deliver the House’s single article of impeachment against former-President Donald Trump on Monday and no matter how many times Republicans point to the action as unconstitutional, the new Senate Majority Leader is hellbent on a trial in the US Senate.

Senate Majority Leader Chuck Schumer (D-NY), speaking on the US Senate floor Friday, made it abundantly clear that there will be an impeachment trial and a Senate vote on whether to convict the former President.

“Make no mistake, a trial will be held in the United States Senate, and there will be a vote on whether to convict the president,” Schumer said.

The new Senate Majority Leader shrugged off constitutionally based arguments made by several GOP lawmakers and highly respected legal experts that holding an impeachment trial for a former-President is unconstitutional once said officer has left office.

“It makes no sense whatsoever that a president or any official could commit a heinous crime against our country and then be permitted to resign so as to avoid accountability and a vote to disbar them from future office,” Schumer argued. “Makes no sense.”

I have spoken to @SpeakerPelosi. The articles of impeachment will be delivered to the Senate on Monday.

It might not make sense to Schumer, who represents political leadership from a caustically political Leftist wing in the American political culture, but the US Constitution is clear on the matter of impeachment.

Article I, Section 3 of the US Constitution reads, in part:

“The Senate shall have the sole Power to try all Impeachments. When sitting for that Purpose, they shall be on Oath or Affirmation. When the President of the United States is tried, the Chief Justice shall preside: And no Person shall be convicted without the Concurrence of two thirds of the Members present.

“Judgment in Cases of Impeachment shall not extend further than to removal from Office, and disqualification to hold and enjoy any Office of honor, Trust or Profit under the United States: but the Party convicted shall nevertheless be liable and subject to Indictment, Trial, Judgment and Punishment, according to Law.”

Read in context, the Legislative Branch’s power to impeach and convict exclusively applies to sitting Presidents of the United States.

Constitutional attorney and Professor Emeritus at Harvard University Law School, Alan Dershowitz, said in an accurate reading of the Constitution the Senate doesn’t have the authority to engage in a trial of the former-President. Now that he’s once again a private citizen, they can’t use impeachment to prohibit Mr. Trump from running for office again.

“The Constitution says the purpose of impeachment is to remove somebody. He [Trump] is out of office. There’s nothing left to do. It doesn’t say you can impeach him to disqualify him for the future. It says, if you remove him you can then add disqualification, but you can’t just impeach somebody to disqualify them,” Dershowitz said.