by ZH, via SHTF Plan: 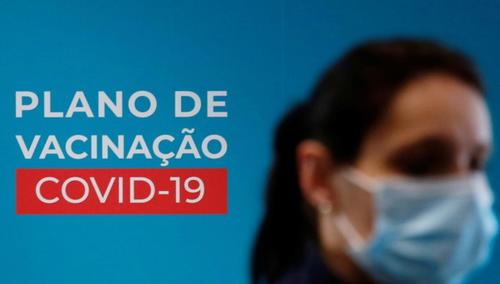 The latest suspicious death to occur days (or, in some cases, even hours) after a patient received their first dose of a COVID-19 vaccine has surfaced in Portugal, where a pediatric surgery assistant in Porto (who was reportedly in “perfect health” when she received her first dose of the Pfizer vaccine) has died suddenly.

Health authorities are investigating the death. Meanwhile, scientists from around the world continue to criticize the European Union for its comparatively sluggish vaccine rollout, which only began on an emergency basis a little more than one week ago.

The patient was identified on Monday as Sonia Azevedo, 41, a mother of two who worked as a surgical assistant at the Instituto Portugues de Oncologia, a cancer hospital in Porto. She was among the 538 healthcare workers at IPO who received their first dose of the Pfizer-BioNTech vaccine last Wednesday. Azevedo had dinner with her family on New Year’s Eve but was found dead in her bed the following morning.

I don’t know. I think I would call death an adverse side-effect 🤷🏾‍♂️

Now her family members are demanding answers about the circumstances of her death, RT reports.

“I want to know what caused my daughter’s death” her father Abilio told the Portuguese tabloid Orreio da Manha. He described her as a “well and happy” person who “never drank alcohol, didn’t eat anything special or out of the ordinary.”

Azevedo was so proud to be among the first to receive the vaccine, she changed her Facebook profile picture to reflect that. “Covid-19 vaccinated,” she wrote under a selfie with her face mask on. “We don’t know what happened.

It all happened quickly and with no explanation,” Azevedo’s daughter Vania Figueiredo told the paper. “I didn’t notice anything different in my mother. She was fine. She just said that the area where she had been vaccinated hurt, but that’s normal…”

Portugal, which has a population of around 10 million, has so far reported more than 427K cases and over 7.1K deaths due to COVID. While Germany is leading the EU in vaccinations, Portugal is lagging behind even Argentina, according to data provided by Bloomberg.

What they don’t tell you is that many among the first wave of individuals designated to receive the vaccine have been turning it down, including many health care workers like Azevedo.