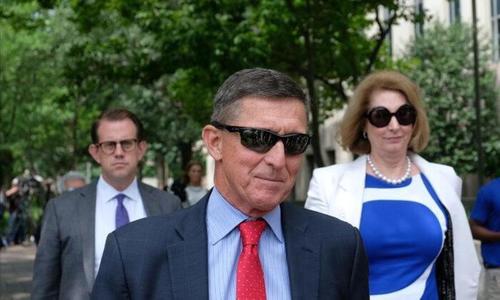 Meanwhile, Apple is set to remove Twitter competitor Parler from its app store unless they enact a series of draconian crackdowns on free speech.

Absolutely bizarre, @techno_fog was not involved in any of the Q/Kraken shenanigans, 95% of his work was legal analysis of the Flynn prosecution https://t.co/F2BW9FpGaR

Now, the Washington Post reports that hundreds of Twitter employees demanded in a Friday letter that the company permanently suspend President Trump’s account over Wednesday’s ‘storming’ of the US Capitol, after police simply let protesters into the building.

Capitol police open doors for the protestors. They stand aside and invite them inside. pic.twitter.com/OnSd3KGzz5

“In an internal letter addressed to chief executive Jack Dorsey and his top executives viewed by The Washington Post, roughly 350 Twitter employees asked for a clear account of the company’s decision-making process regarding the President’s tweets the day that a pro-Trump mob breached the U.S. Capitol. Employees also requested an investigation into the past several years of corporate actions that led to Twitter’s role in the insurrection,” writes the Post.