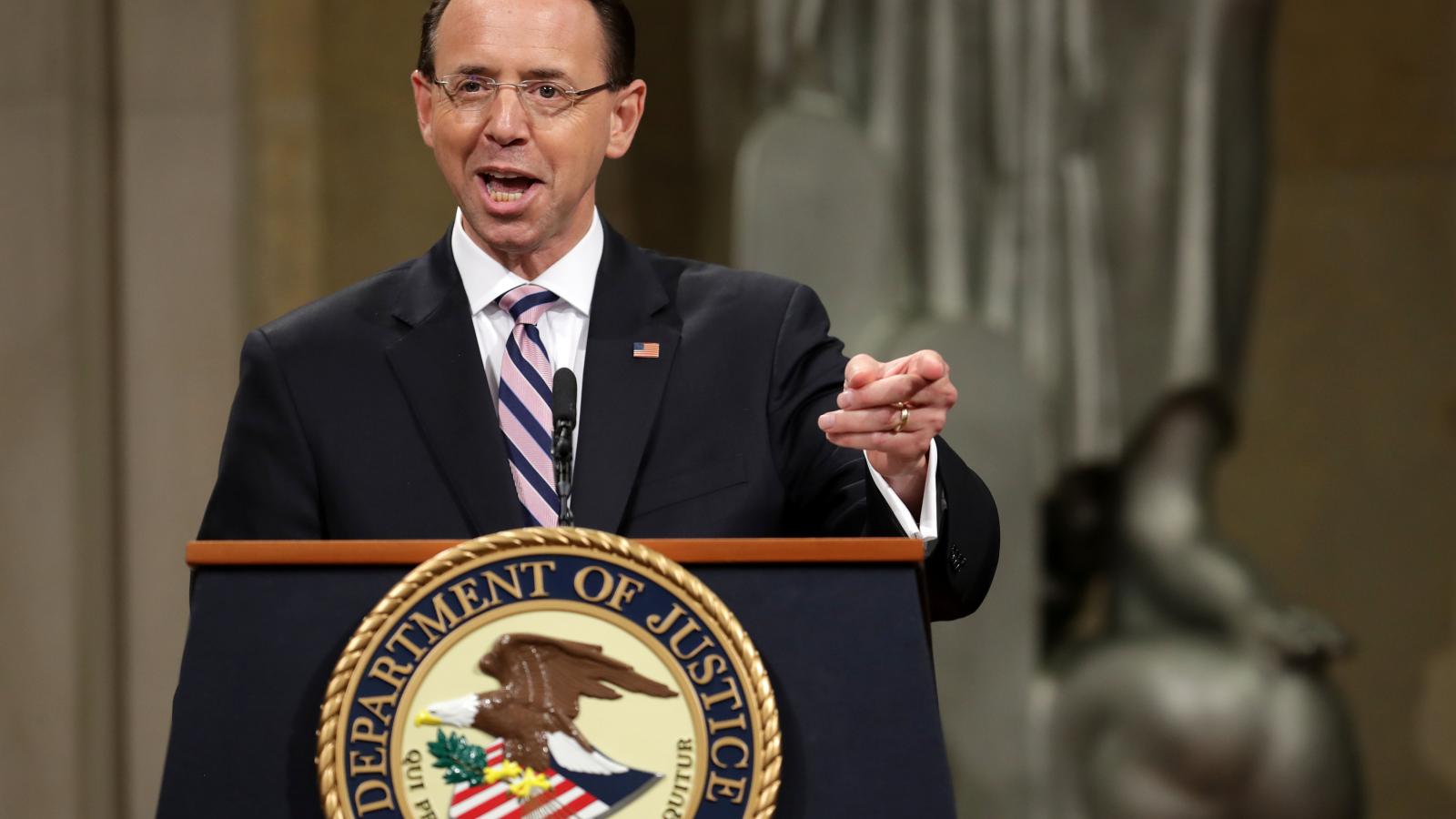 Newly declassified FBI memos provide startling new details that undercut the frenzied 2017 effort to investigate Donald Trump for obstruction, revealing the FBI knew Director James Comey’s firing had been conceived by Justice Department leadership long before the president pulled the trigger during a key moment in the Russia probe.

The memos written in May 2017 by Acting Director Andrew McCabe and a lieutenant also provide contemporaneous proof for some of the more jaw-dropping lore of the now-discredited Russia collusion scandal.

For instance, the memos directly state that then-Deputy Attorney General Rod Rosenstein offered to wear a wire to secretly record Trump in the Oval Office and that Rosenstein also wanted to seek Comey’s advice — after his termination — on a possible Russia special counsel. The bureau nixed both ideas, the memos show.

But the memos’ most explosive revelations chronicle the decision by McCabe in his early days on the job to open a formal investigation of Trump on the grounds that Comey’s firing may have been an act of obstruction of justice designed to thwart the Russia probe.

The notes show McCabe informed Rosenstein during a May 16, 2017 meeting — one of their first after Comey was fired and McCabe became acting director — that he had opened the obstruction probe.

“I explained that the purpose of the investigation was to investigate allegations of possible collusion between the President and the Russian government, possible obstruction of justice related to the firing of FBI Director James Comey and possible conspiracy to obstruct justice,” McCabe wrote in typewritten notes of the meeting.

One of McCabe’s lieutenants who also attended the meeting, then-bureau attorney Lisa Page, took her own notes, observing that Rosenstein’s expressed outrage over Comey’s firing seemed odd since Rosenstein had revealed to FBI officials he and then-Attorney General Jeff Sessions had been contemplating it since January 2017.

“This was a strange comment,” Page wrote, “because it was my understanding that the DAG had previously indicated that he and AG Sessions had been discussing firing Director Comey since January, but given the nature of the conversation there was no room for follow-up.”

McCabe’s own notes from the May 16, 2017 meeting don’t mention that Rosenstein had been discussing firing Comey since January. But five days later in a new meeting, McCabe quoted Rosenstein as confirming the termination had been in the works for months and was not really driven by the Russia probe.

“We returned to our discussion from the morning meeting about the DAG’s memo on the firing of Director Comey,” McCabe wrote on May 21, 2017. “The DAG stated that based on conversations he had had with the AG as early as January 2017 he knew Director Comey was going to get fired.”