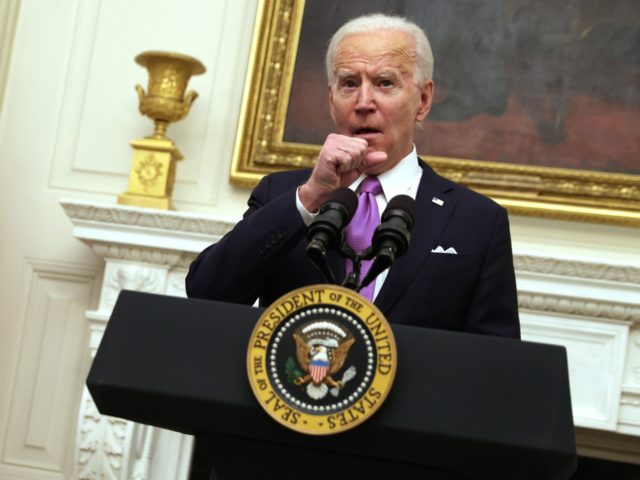 His Fraudulency Joe Biden has only been president a few days and already he’s betrayed our troops and proven he does not believe his own mask mandate is necessary.

Apparently it happened like this… Just like His Fraudulency and His Fraudulency’s dim-witted Press Secretary, a member of the National Guard was not wearing a mask on federal property and some Democrat congressperson freaked out. This resulted in those National Guard troops charged with guarding the U.S. Capitol (from a non-existent threat) being forced into the Capitol’s underground parking garage.

Here’s a photo of this disgrace…

Hundreds of Guard soldiers relegated to the Senate garage, breathing in exhaust fumes and covid. Story coming in a bit pic.twitter.com/8OW4frePOh

How do you like that under His Fraudulency’s administration terrorists at Guantanamo Bay have better accommodations than our own warriors?

Which brings me to His Fraudulency’s mask mandate…

All this National Guardsman is allegedly guilty of is exhibiting the example set by his own Commander-in-Chief, whose been all over federal property without a mask (in direct violation of his own executive order).

Our collapsing country spends, what?, around two trillion dollars a month on boondoggles like studying the mating habits of wombats and Obamacare, but His Fraudulency can’t do for our own troops what President Trump did for New York — you know, spend a few days building a field hospital for our boys, or something similar that could double as a barracks with beds and other basic comforts?

Couldn’t we at least spring for some cots?

How about some air mattresses? Can we fit those in the budget?