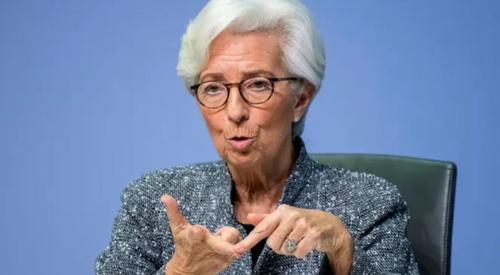 Later this year, the ECB will meet for a grand strategy review. Expected to be one of the most consequential policy reviews for years to come, the central bank could opt for changes to its inflation target (some doves have proposed following in the footsteps of the Fed by loosening the ECB’s inflation target) as some have insisted. But one change that appears virtually certain, is that the central bank will adopt language addressing matters like climate change, economic equality, etc.

From the minute the ECB selected Christine Lagarde to succeed Mario Draghi, it seemed almost like a forgone conclusion. But more than a year later, Joe Biden’s decision to nominate Janet Yellen to lead the Treasury Department showed that across the Atlantic, central bankers are focusing on a similar agenda.

During a recent interview with International Man, Doug Casey rebutted demands for the Fed to take on inequality by doling out ‘reparations’. Fed Chairman Jerome Powell has repeatedly called on the central bank to address inequality…but the irony is, the Fed is one of the progenitors of economic inequality.

He also pointed out that central banks in Asia don’t spend time virtue-signaling.

International Man: Fed chairman Powell has made countless remarks about the need for the US central bank to address climate change.

How can they address the so-called problem of climate change? Climate change has been going on since the Earth came together 4.5 billion years ago, and it will continue on its own path, primarily influenced by the sun and secondarily by things like volcanism, cosmic rays, and peculiarities of the planets orbit, long after mankind has gone.

But destroying the economy by printing up more money certainly isn’t an answer to climate change. However, I’m sure that what’s on Powell’s mind is making money easier to get for things like windmills and solar panels. This is more state direction of investment. It was a disaster for the USSR and every other socialist and state-directed economy and will be for us as well.

You’ll notice that the Chinese and other Asian economies don’t indulge in this kind of politically correct investing. It’s a major reason why they’re on the way up, and we’re on the way down.

Climate activists led by Greta Thunberg have fostered the specious claim that solving climate change is an essential part of the battle to end “inequality” for good (even though the two phenomena have little to do with one another). And now, with central banks around the world signing up to enforce the Paris accords, ECB chief Christine Lagarde is reportedly planning on striking a blow against the fossil fuel industry by forcing the ECB to slash purchases of bonds issued by energy giants like Exxon.

Christine Lagarde is expected to make the European Central Bank a pioneer in fighting climate change by slashing its purchases of bonds issued by fossil fuel companies and other heavy carbon emitters, according to a Financial Times poll of economists. The ECB president has pledged to make tackling climate change a major part of the central bank’s strategic review of its remit and tools, which is due to be completed by the second half of 2021.

Two-thirds of the 33 economists polled by the FT believe the review will result in the ECB deciding to break with its long-held principle of “market neutrality”, which requires it to buy bonds in proportion to the overall market. Environmental campaigners have criticised the ECB’s €248bn corporate bond purchases for reinforcing the market’s bias in favour of heavy carbon emitters such as oil and gas companies, utilities and airlines because these sectors issue more bonds than most others.

“Market neutrality was always a pretence because it still involved choices of what to buy and what not to buy – so why not make those choices consistent with [policy] preferences?” said Paul Diggle, senior economist at Aberdeen Standard Investments.

…and that choosing which companies to support, and which not to support, is actually consistent with the central bank’s price-stability mandate.

Another argued that the plan was simply “a bad idea”.

Stefan Kooths, research director at the Kiel Institute for the World Economy, said he thought the ECB was “very likely” to adapt its monetary policy to meet climate policy targets, even though he thought this was “a bad idea.”

Of course, assuming this becomes policy reality, it would open the door to the central bank openly buying shares of ‘green’ companies, while their ‘brown’ rivals are left to languish in price-discovery hell.