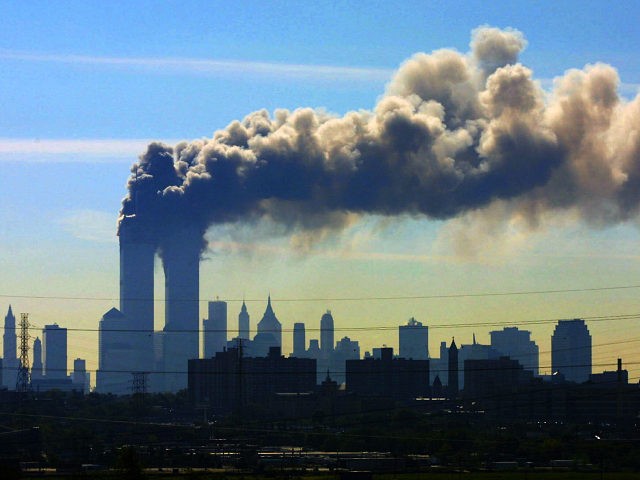 A columnist at the Los Angeles Times is calling on President Joe Biden to seat a 1/6 Commission, much like the 9/11 Commission established after the terrorist attack on U.S. soil in September 2001, but this time to investigate what she calls “MAGA Terrorists.”

Virginia Heffernan is referring to an attack on the U.S. Capitol on January 6 by hundreds of people, many of them wearing Donald Trump MAGA hats and carrying Trump flags.

“After the attack of Jan. 6, someone ought to register a new domain: dontmoveon.org,” she wrote. “The insurgency by MAGA terrorists simply cannot stand as another fresh insult to the brain that Americans are forced to live with.”

The 1/6 Commission would be independent of the Department of Justice and Federal Bureau of Investigation (FBI) investigations and would have a goal other than criminal prosecution:

The commission’s work product wouldn’t be arrests but a comprehensive report detailing how and why Trumpite terrorists stormed the U.S. Capitol to stop the certification of an election.

Such a commission would not end cinematically with people in handcuffs or stints in supermax. It would do nothing but inform us. But often bringing facts to light is the highest service to humankind. It’s certainly crucial if we’re to prevent such an attack from happening again — and calm the nationwide distress that is also threatening to undo us.

We need the impeachment and criminal investigations and prosecutions to provide justice, and a 1/6 Commission to supply truth.

Heffernan cast a wide net in placing blame for the Capitol incursion, including pointing a finger at Rep. Jim Jordan (R-OH), an unshakable Trump ally, citing a scandal involving a former boss accused of sexual misconduct with young athletes. She brands former Coach Jordan as trying to cover up for Richard Strauss, although those charges were never proved.

“But other reporting indicates the coaches knew about the abuse,” Heffernan concludes without including that reporting.

She makes this claim despite in-depth investigations Kavanaugh faced before being seated as a federal judge and over the course of his confirmation hearing for the Supreme Court.