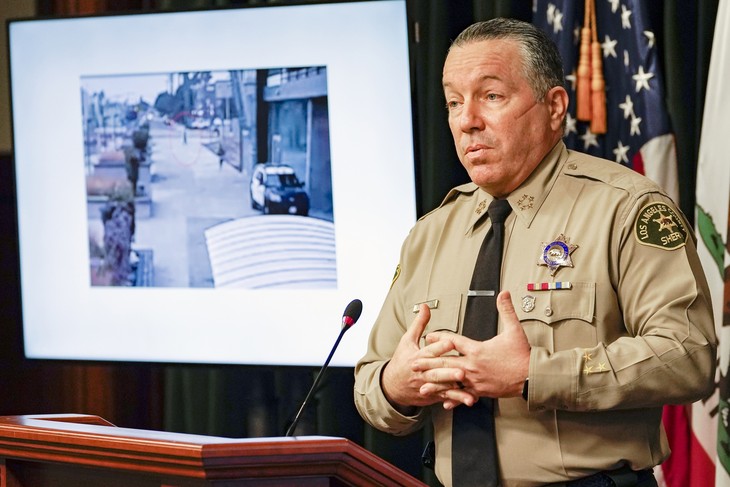 The L.A. KGB Wants YOU

There was so much to hate about last year that I could probably do a “1000 Worst Things About 2020” list post and it wouldn’t come close to being comprehensive. One of the more disturbing aspects of this dystopian psychodrama that has been playing out is the frothing, almost sexually frenzied glee with which government officials at all levels have approached the imposition and enforcement of garbage “safety rules.” They don’t try to hide it. They’re even coming up with creepy names like the “L.A. County Sheriff Department’s Superspreader Task Force.”

The LA County Sheriff Department’s Superspreader Task Force shut down at least five New Year’s Eve parties across the county, resulting in at leatst 900 people being detained, 90 arrests and/or citations, and the recovery of at least six guns.

Bear in mind that California — and L.A. County in particular — has had perhaps the most consistently onerous lockdowns, curfews, and stay-at-home orders since last April yet the state is the biggest raging COVID infection hotspot in the United States right now. If lockdowns and stay-at-home orders worked at all, the Golden State should be one of the safest places in America.

There is a very real possibility that most of the officers involved with this   Superspreader Task Force don’t want to be. Most cops aren’t enjoying being deployed as the bad guys by tyrannical bureaucrats. They’re merely doing what they have to do in order to hang onto their jobs in these increasingly Orwellian times.

This is yet another incident that makes me glad I got the hell out of Los Angeles a few years ago. For my many friends who are still there, here is a look at your tax dollars at work: