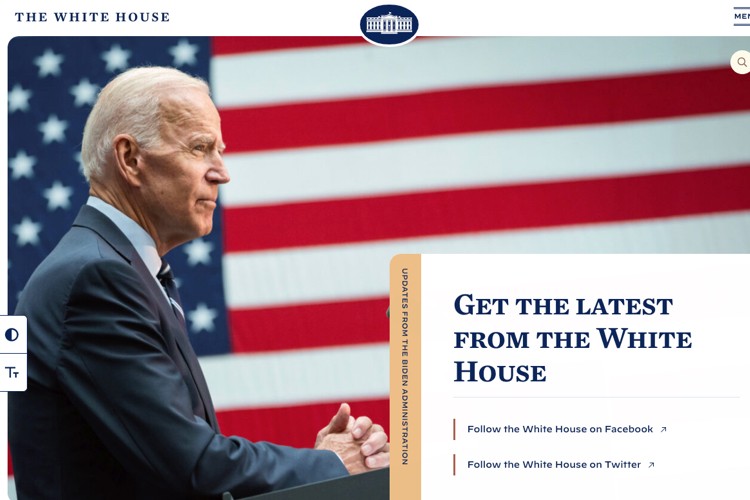 Many things have changed since Joe Biden took the presidential oath of office on Wednesday. One that hasn’t received much attention is that, shockingly, the domain Antifa.com has begun forwarding to the official White House website (WhiteHouse.gov).

Oh, before that, during the 2020 campaign, Antifa.com was resolving to the Joe Biden for President webpage.

Yet, interestingly, no one in Biden’s organization saw fit to do anything about it.

Mashable writes that the Antifa-White House connection “doesn’t mean anything,” pointing out that “anyone who owns any domain name can redirect it to any website. A domain name owner does not need any sort of affiliation, connection, or permission from a website owner to do so.” This is true, but only a half-truth.

For you can deny traffic from specific domains access to your website, according to this source. Yet Biden’s team — for nigh on half a year now — hasn’t seen fit to do this with Antifa.com. Why is that? Do the Bidenites approve of Antifa? Have they some kind of formal or informal association with that violent group?

For Mashable’s information, what this situation does mean is that liberal privilege is real and profound. If KKK.com or AryanNation.com had redirected to the White House website during President Trump’s tenure, would the mainstream media slough it off as meaningless?

In reality, it would have been used relentlessly to tar Trump. Why, as it was, he was asked numerous times to denounce white supremacists even though he had already done so and had no association with them — and despite their being almost as rare as unicorns.

Yet the mainstream media asked Biden nothing about the Antifa link during the campaign and still refuses to demand an answer. The question is all the more relevant because Biden never condemned Antifa or Black Lives Matter, despite the former’s goal of overthrowing the government and the latter’s Marxist orientation.

I can’t tell who owns Antifa.com. The registrant is paying to keep that information hidden (it’s “protection” any domain owner can buy). All we can learn from the Whois database is that the domain was registered way back in 2002 by some person/entity supposedly located in Panama.

So while it’s possible that Antifa.com’s owner is a leftist, he could also be someone trying to create controversy (not easy, I guess, when the mainstream media and Big Tech are the Democrats’ public-relations arm). But this doesn’t change the apparent fact that the Biden team could block the domain.

Perhaps they don’t want to. Note here that Antifa (and BLM) have been acting as the Democrats’ storm troopers; moreover, then-deputy chair of the Democratic National Committee Keith Ellison posed with a book promoting the movement in 2018.

Of course, perhaps the Democrats don’t want to risk ruffling any far-left feathers by sending Antifa.com traffic to a “403 Forbidden error” page. Or the Democrats may simply be willing to take visitors from wherever they come, a motivation many may find reasonable.

Again, though, such a charitable interpretation would never be suggested if a white supremacist-related domain redirected to President Trump’s page. It would instead be a scandal.

To be fair, Biden himself likely doesn’t even know about this matter. It’s becoming increasingly clear that he’s suffering dementia and is now largely a puppet. But some of the radical leftists pulling his strings certainly do know, and what you can know is that these people are in bed with Antifa — at least for now.

Note that Antifa just rioted (again) in Portland, Seattle, and Denver on Wednesday, vandalizing businesses; burning flags; and, relevant here, damaging the Emerald City’s Democratic Party offices. The point is that Antifa comprises rabble and their rousers, people who in every leftist movement are known as “useful idiots.”

And as with the Kronstadt sailors during the early Soviet era, such people are only useful until the leftists they aid have complete power. At that point, the “sailors” get liquidated.