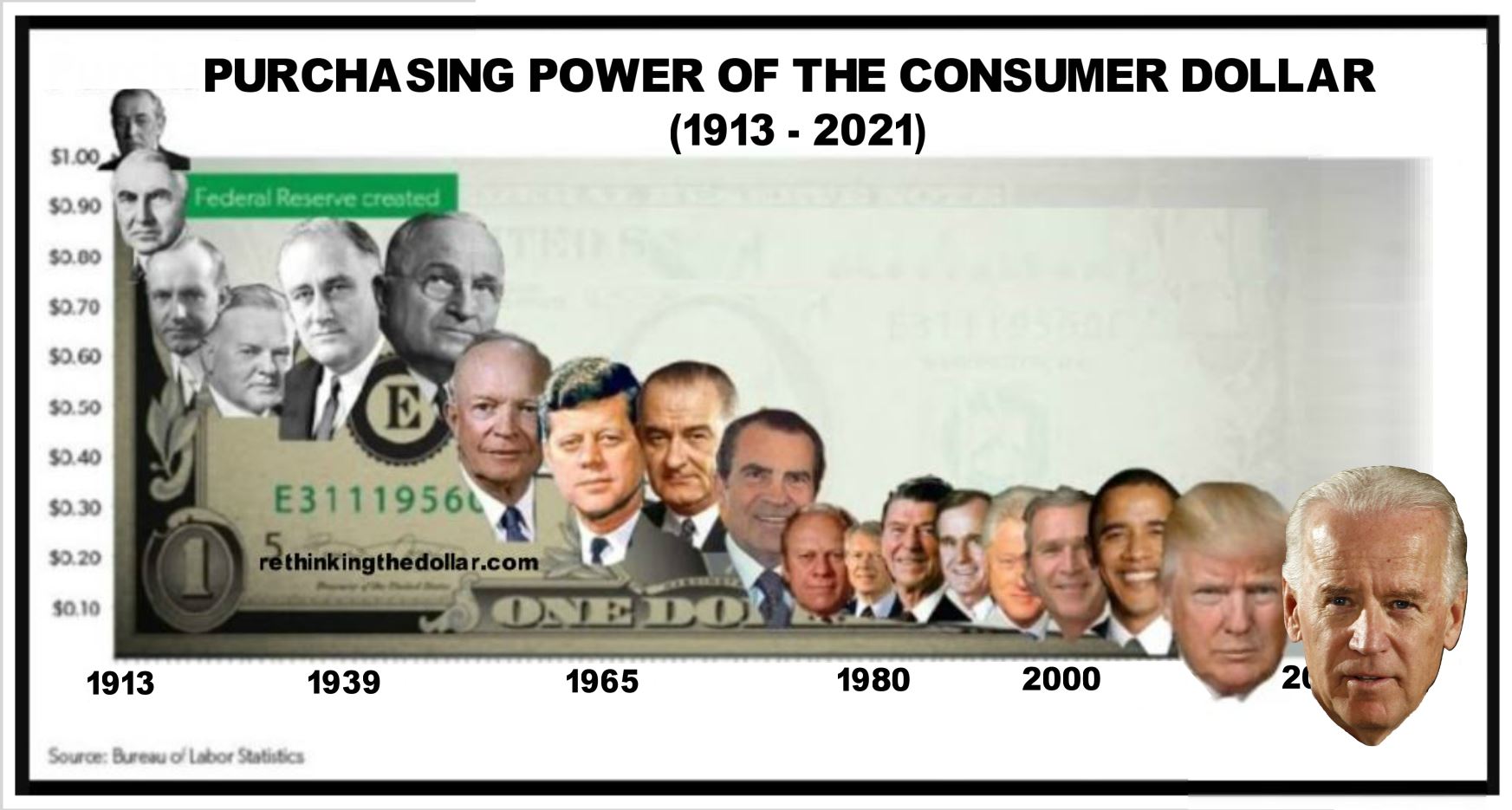 (by Half Dollar) Ugh.

And second, the descent into madness continues, from US Treasury.gov (bold added for emphasis):

WASHINGTON – Today, after being sworn in as the 78th Secretary of the U.S. Department of the Treasury by Vice President Kamala D. Harris, Secretary Janet L. Yellen sent a letter to the 84,000 public servants of the Department.

The text of the letter is below:

My name is Janet Yellen, and a short while ago, I was sworn in as the 78th Secretary of the Treasury. It’s an incredible honor to join this team of 84,000 public servants. I can’t overstate that.

When President Biden asked if I would accept the position of Treasury Secretary, I said “yes” in large part because I knew who I would be working with. I had just spent fourteen years at the Federal Reserve. The Treasury staff weren’t exactly our coworkers. But during the financial crisis, the two teams grew close. I remember participating in a countless string of late-night conference calls and admiring the dedication and creativity of Treasury’s experts. Your work helped save the economy from its worst crisis since the Depression.

Now we need to do it again.

Of course, the current crisis is very different from 2008. But the scale is as big, if not bigger. The pandemic has wrought wholesale devastation on the economy. Entire industries have paused their work. Sixteen million Americans are still relying on unemployment insurance. Food bank shelves are going empty.

I know many Treasury employees have been responding to the economic emergency since the beginning. Without Treasury, for instance, Americans would not have received economic impact payments from the CARES Act. But now we must complete the task. We must help the American people endure the final months of this pandemic by making sure they have roofs over their head and food on the table. Then, we must assist them in getting back to work safely.

This task will occupy our days (and probably many of our nights) in the near future. But even as we work to recover from this pandemic, we cannot forget about the Department’s usual business; the essential work that ranges from overseeing financial markets, to managing the nation’s finances, to strengthening the global economy and fighting illicit finance in partnership with America’s allies.

Then, there is another set of long-term objectives.

If you have listened to President Biden speak over the past few weeks, you have heard him talk about “four historic crises.” COVID-19 is one. But in addition to the pandemic, the country is also facing a climate crisis, a crisis of systemic racism, and an economic crisis that has been building for fifty years.

People worry about a K-shaped recovery to the pandemic – and that is a cause for concern – but long before COVID-19 infected a single individual, we were living in a K-shaped economy, one where wealth built on wealth while certain segments of the population fell further and further behind.

I believe our Department can play a major role in addressing each of these crises.

After all, economics isn’t just something you find in textbook. Nor is it simply a collection of theories. Indeed, the reason I went from academia to government is because I believe economic policy can be a potent tool to improve society. We can – and should – use it to address inequality, racism, and climate change.

These are ambitious goals, and I am fully aware none of them will be accomplished by working exclusively with a small team out of the Secretary’s office. Ours will have to be an inclusive Department. We must tap the full measure of the institution’s talent and expertise.  That is why over the next few weeks, I plan to meet with each office and bureau. I want to hear from you about what needs changing and what we can do better.  I’m excited about this “listening tour,” and you can expect more details in the coming days as we determine how to conduct these meetings virtually.

During my confirmation hearing, I spoke about why I became an economist. The reason was my father. He was a doctor in a working-class part of Brooklyn. He was also a child of the Depression. He would come home at night, and he would tell us when one of his patients had lost a job or couldn’t pay.

My father had such a visceral reaction to economic hardship. Those moments remain some of the clearest of my early life, and they are likely why, decades later, I still try to see my science – the science of economics – the way my father saw his: as a means to help people.

I know that many of you share this sensibility. You see economic policy as a way to improve people’s lives; you see the humanity beneath the data.

I cannot be sure about the future, but I expect that when economists look back at this period in American history, they’ll conclude that perspective helped us leave behind a stronger, more prosperous country.