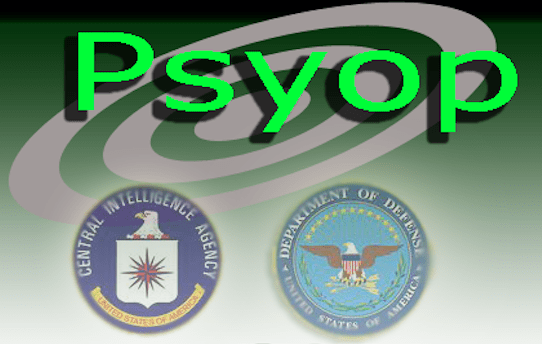 “No one ever is selected by the puppet master to be the POTUS unless they agree to carry out an essential piece of the agenda.  Once they sign the contract to become President of the U.S. Corporation, they work for the Federal Reserve not the American People.  So, it’s the foreign owners of the FED who always choose the POTUS.  However, that does not mean a POTUS, once installed in the Oval Office, cannot go rogue.  JFK did just that.  So did DJT.”

The further we get away from Election Day 2020, the easier it is to understand what really happened.

As much as most folks will not want to believe the following irrefutable analysis, the stark reality provided by a deep insider within the U.S. Intelligence Community is exactly what happened.

“Tel Aviv betrayed Trump with a new deal with Biden and so they threw him to the dogs. Sheldon Adelson and the Mafia have no trouble switching sides for the winner by hook or crook. Pence and McConnell also betrayed Trump. It was as though Trump walked as Julius Caesar into the Roman Senate to be stabbed to death. Any deal Trump makes with the system or Deep State will not be kept and they are secretly talking about ending him forever.”

(Source: What really happened between Trump and Israel vis-à-vis the election?)

With this crucial understanding, it ought to be clear that Donald Trump would never have won the 2016 POTUS election without the direct intervention of Israel—PERIOD.

Yes, he also had a highly secret contingent of military brass Patriots begging him to run in 2015, but that was only to lure him out of his very comfortable life as a private citizen and successful businessman.  Who could resist the patriotic call of a powerful group of active and retired flag officers within the U.S. Armed Services who were justifiably horrified at the prospect of a Hillary Clinton presidency?  Even though they were all well-established power-players in the Military-Industrial Complex, they simply could not stomach a stone-cold traitor to the Republic in the White House.  Moreover, the Clinton Crime Family dishonored the military way too many times.

The critical point here is that Sheldon Adelson, a primary bagman for the Khazarian Mafia was Trump’s largest campaign donor during the 2016 election cycle.  Shelly was used to fund Trump’s campaign with his massive gambling revenues, as he also did in 2020 but to a much smaller degree by purposeful design.

In a talk to an Israeli group in July, 2010, Sheldon Adelson said he wished he had served in the Israeli Army rather the U.S. military–and that he hoped his young son will come back to Israel and “be a sniper for the IDF,” a reference to the Israel Defense Forces. (YouTube video of speech)

As a hardcore Neocon Zionist, Adelson only gave those HUGE donations to Trump on a quid pro quo basis, as is the case with every political campaign.  This is why President Trump quite dramatically advanced so many cause célèbres directly associated with Zionist Israel.

KEY POINT: It can be confidently stated that the very day that Trump fired Bolton was the day that his re-election prospects were doomed with finality.  Not only did Trump resist Bolton’s efforts to attack Iran, he also refused to invade Syria and overthrow the Maduro administration in Venezuela. See: A Large US Military Convoy Rolled Into Syria On 1st Day Of Biden Presidency

In point of fact, all of President Trump’s most important appointments at the DoJ were foisted on him by his largest [Tel Aviv-connected] campaign donors.  These include the disastrous Jeff Sessions and William Barr, as well as the catastrophic Christopher Wray at the FBI.  It also includes the three obvious RINOs who Trump was forced to select for the Supreme Court—Neil Gorsuch, Brett Kavanaugh and Amy Coney Barrett.

This irrefutable personnel picture of the Trump administration is quite telling as it portrays the fact that each of these key players was not selected by President Trump; they were selected by Zionist kingpins in Chicago and Tel Aviv.

Really, why else would Trump have appointed the highly radioactive Alex Acosta to Secretary of Labor after he unlawfully cut a sweetheart deal with notorious child trafficker Jeffrey Epstein?!?!  Mossad agent Epstein was Israel’s inside man making sure every single American VIP, who had any real power and/or major influence, was sufficiently bribable and/or blackmailable to do Israel’s work.