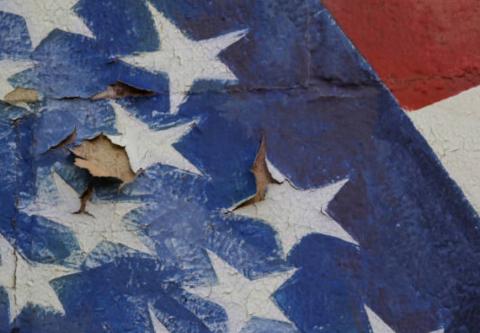 In recent years, especially as media pundits and politicians talk up the idea of “divided” the American population is along ideological lines, talk of secession has become more frequent and more urgent. For several years now, a quarter of Americans polled have claimed to support the idea of secession. In 2018, a Zogby poll concluded 39 percent of those polled agree that residents of a state should “have the final say” as to whether or not that state remains part of the United States.

Do the Needs of Geopolitics Preclude Secession?

If the idea of secession continues to be repeated among a growing number of Americans—as appears likely—expect more serious opposition to the idea on foreign policy grounds. The claim will be that secession must be rejected because this would make the United States likely to fall prey to foreign powers—especially China and Russia—and independence may even lead the new states to make war on each other.

These critics are getting ahead of themselves. For now, calls for secession are unlikely to get the point of full separation that would end the status quo in terms of how the US regime interacts with the outside world. For example, in the case of Hawaii—where secessionists would have to contend with a federal government willing to fight tooth and nail to keep control over the military bases there—pro-secession advocates will quickly realize the gargantuan task of fighting the national security state for full-blown secession.

After all, as much as “red state America” and “blue state America” may be in conflict over policy and the extent of US power domestically, the fact is disagreements over foreign policy are quite muted. Consequently, this means a formal separation of the US into two or more fully sovereign and separate states would strike many Americans at as unnecessary.

This means we’re still at the stage of the first step: radically decentralizing domestic policy first.  For now, this sidesteps the problem of how secession might affect foreign policy. But it does mean a radical change nonetheless.

Certainly, when it comes to self-determination and the protection of human rights through local control, the ideal solution lies in radical decentralization. This would mean a sizable number of fully independent entities in place of the old immense, unified American regime.

However, practical considerations do not always lend themselves to this solution in the short term. Like the abolitionists of old, decentralists and localists can look to the ideal while nonetheless accepting partial victories.

Americans likely still have a long way to go before deciding to break their polity up into truly sovereign new nations. For now—barring an economic cataclysm of late-Soviet-Union magnitude—an in-between state of domestic disunity and foreign policy unity is more likely in the short term. The culture war raging over BLM, Obamacare, covid lockdowns, gun control, and abortion are overwhelmingly based on disagreements over domestic policies. Yes, the Trump coalition certainly has been unenthusiastic about new wars, but virtually no one among Trump’s core constituents raised any opposition when Trump pushed for huge increases to the Pentagon’s budget. Indeed, Trump and his supporters appeared to favor more aggressive policy against China. At the same time, the center left and the Democrats—as became clear under Obama—have no interest in scaling back US militarism.

Thus, even when national political unity becomes too costly for the Washington elites to maintain—perhaps because of a continued cycle of riots and state-level opposition to federal regulatory power—it will still be possible to placate many dissenters with decentralization of domestic policy only. Meanwhile, the government in Washington would (regrettably) remain firmly in control of foreign policy and military affairs.

As F.H. Buckley suggests in his book American Secession, under a plan like this, issues like abortion and gun control are simply farmed out to states and localities, where residents could fight it out among themselves. Residents could also move to regions of the country that more reflect their particular political positions. Meanwhile,  the US security state, living above the fray of the internal conflicts over social policy, would continue to hold untrammeled power over the machinery behind wielding international power.

It means no more federal law enforcement apparatus. As in Europe, states can work together as independent entities to address crime problems.

It means a radical devolution to the state and local levels of most policies affecting the every day lives of Americans.

This in itself is an extremely difficult task.

Historically,  there would be nothing unprecedented about this. It is easy to find countless examples of of unruly regions and ethnicities granted “self-rule” in exchange for ceding foreign policy powers to the central government. States have made it abundantly clear on countless occasions that they’re willing to tolerate local autonomy for various populations so long as the state retains the preponderance of control over military and diplomatic affairs.  This was the case throughout much of the nineteenth century within the British Empire. It has been the case for countless difficult-to-unite populations in Latin America, Africa, and Asia.  This reality is reflected in the existence of self-governing client states and “autonomous regions.”