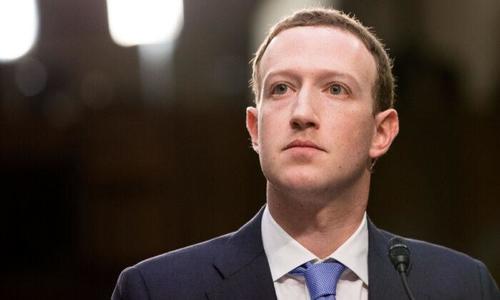 Facebook shut down a fundraising page for Sens. Kelly Loeffler (R-Ga.) and David Perdue (R-Ga.) just days before voters head to the polls to decide between the Republicans and their Democratic challengers.

The National Republican Senatorial Committee (NRSC) runs the Georgia Battleground Fund, a joint fundraising committee for the NRSC and the campaigns for Loeffler and Perdue.

According to a screenshot from the committee, Facebook alerted them that the page for the fund was disabled “for policy violation.”

The page allegedly violated a policy against unacceptable business practices.

“We don’t allow ads that promote products, services, schemes, or offers using deceptive or misleading practices, including those meant to mislead or scam people out of money or personal information,” the alert said.

“Big Tech is at it again,” the NRSC said in a statement.

“This is unacceptable with only four days to Election Day.”

A Facebook spokesperson told news outlets that what happened was a mistake.

“An automated error caused this ad account to be disabled,” the spokesperson said.

The Jan. 5 runoff elections could determine which party controls the Senate.

Republicans hold a 50-48 edge in the upper chamber in the next Congress. If Democrats win both runoffs and the White House, they’d control the Senate by virtue of the tiebreaking vote the vice president, acting as the president of the Senate, can cast.

Democrats maintained a majority in the House of Representatives, though their edge got slimmer.

Loeffler is being challenged by pastor Raphael Warnock while Perdue is facing filmmaker Jon Ossoff.