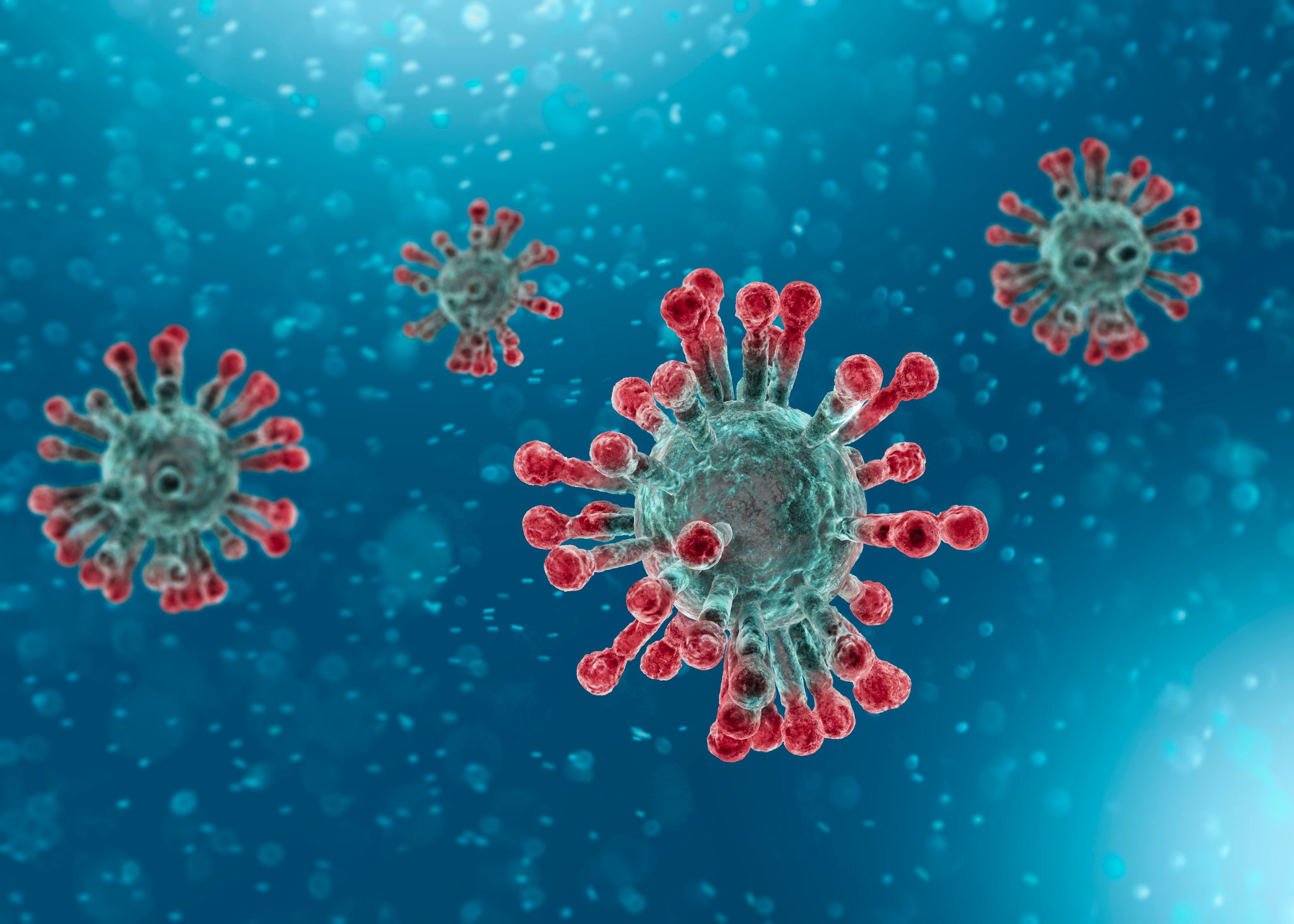 Radio Munich talked with German Professor Dr. Stefan Hockertz, is a biologist, pharmacologist and toxicologist, who has raised the alarm about a number of unanswered questions surrounding the current coronavirus crisis, challenging lockdowns, and also pharmaceutical interventions – specifically regarding ethics and safety of the new experimental mRNA vaccine. According the Dr Hockertz, lockdown have never been proven to work, and the rushed nature of new mRNA vaccine may pose an unnecessary risk for countless people. All this and more.

Listen to this informative discussion with Dr. Hockertz here:

RADIO MUNICH: Finally, SARS-COV-2 immunity through a saving vaccination, that is what large parts of the population and those in power would like. The pharmaceutical companies receive considerable support in order to advance the goal of a corona vaccination as quickly as possible. But how quickly is ethically justifiable? How many risks are hidden due to the speed? The biologist, pharmacologist and toxicologist Professor STEFAN Hockertz points out a number of unanswered questions and warns against deliberately committing physical injury millions of times if these are not answered in advance.

DR HOCKERTZ: Have a nice day, Ms. Schmidt! I have been a toxicologist and immunologist for 30 years. I originally learned immunology and then went into toxicology. I’ve been in drug development for 30 years, and that includes vaccine development for one. That means, I advise companies that are active in the field of vaccines and develop new vaccines there, but I also work very closely with the Paul Ehrlich Institute, which is responsible for vaccine approval in Germany, so that I am very good at regulating I’m familiar with vaccines, and have been for 30 years.

RM: Very good. We can hardly get a better one. Can you explain to us in a simple way how the current concept of vaccination can be described?

RM: With the Sars-Cov-2 vaccination to be developed in a very short time, the pharmaceutical industry is now breaking new ground. What is the new vaccine supposed to do in humans, if it works at some point?

DR. HOCKERTZ: I have to admit that making a vaccine can be very difficult. You will have noticed, if we ever specialize in influenza, that the influenza vaccine from the year 2020, which you have now been given, is roughly from the information in 2018, at most 2019. It’s not because the researchers didn’t know what the 2020 influenza virus looks like, it’s because it’s so difficult and it takes so long to make the vaccine. I was just saying: It’s about the chicken egg, that’s where it has to be dressed. In other words, a very, very tedious and costly, especially lengthy production that takes 1 to 2 years to complete – just the production. That’s how you are, a long time ago, by the way, came up with an alternative method – the German company Curevac has been working on this topic for 12 years (without having obtained successful approval so far) – namely a system that only imitates the genetic information of a virus. And this genetic information – in this case it should be messenger RNA, i.e. 1-stranded RNA – is transported into the cell via a vector system or carrier, similar to a truck that I put on it. It’s a completely new approach. And that is now very important information: There is not a single vaccine worldwide on this basis that has been approved. So there is not a single vaccine based on virus mRNA or virus DNA that is transported into a human cell via a vector in order to be read there. It’s a completely new vaccine. For whom research is worthwhile – there is no question about that – because it makes it relatively easy to produce genetic material. It’s easy and it’s quick.

And now I speak as a toxicologist. The question that arises is: if I want to develop such a new vaccination strategy (and that’s it), then I have to know very well about that vaccination strategy. I need to know about the distribution of this vaccine in the body, about its function (pharmacodynamics), and especially about any side effects that may occur. And they are varied when I transport genetic material from a virus into a human cell. Ultimately, this can be done via enzymes – there is, for example, an RNA-dependent RNA polymerase – which is able to reproduce these ribonucleic acids, which I have now received virally from the laboratory table into my cell. That is possible. And this would then lead to

And that needs to be checked. And now we have the situation with this new vaccination strategy that we have been informed about Sars-Cov-2 for about 3 months, and that around this time, in these 3 months, development work was carried out that all of these We are told that already has risks under control and eliminated. Because the Paul Ehrlich Institute, together with an ethics committee of the University of Tübingen, has allowed 168 people to be treated with this vaccine on a trial basis. I do not think that this is right, ethically unjustifiable, because in these 3 months it was simply not possible to collect the necessary data for the safety of this vaccine.

DR. HOCKERTZ: If I may go into this question, I am confronted with a tremendous mystery, and ultimately it also completely calls into question all of our work in the area of ​​regulatory affairs, the approval of vaccines. Yes, the question arises: under what ethical aspect was this clinical study even approved? And there I know a statement made by a member of the Tübingen ethics committee who actually only said: “Well, when I eat a steak, I also ingest genetic material from the cow. That doesn’t hurt me either. ”

DR. HOCKERTZ: There is a difference, and I can now say it without any emotion, whether I take genetic material orally, digest it in the stomach and then excrete it again, or whether I get it intramuscularly with an artificial transport system so that it is directly – protected – comes into my cell and can be read there. I am saying this so clearly because I have a feeling that many people who also have to decide which clinical studies to conduct on a Sars-Cov-2 vaccine have been exposed to common sense. I asked the Paul Ehrlich Institute how I keep asking various institutions because I want to understand scientifically what is happening there. I want to hear arguments. And I asked the Paul Ehrlich Institute: What has happened in these 3 months, which, based on all of our experience as toxicologists, pharmacologists and immunologists, will definitely take 5 to 6 years? What has been done there in 3 months that can otherwise only be done in 5 years? To ensure the safety of a vaccine, a completely new vaccination strategy, about which we know far too little. And I haven’t received an answer yet. And I added to this question – and maybe that is a good answer to your question too: “I am of the opinion that we should by no means sacrifice our science, our ethics and our regulatory requirements for the political declarations of intent by ministers and chancellor.”And that’s exactly what happens.

RM: But we now know that it is being tested. We now know that people have already received a vaccination that works according to this new method. Do you already know the results, or is it all too new?

But that is not the danger behind it. I want to dwell here on the dangers that were not looked at. So if experiments are carried out on people now, in this case there are now 168 healthy ones, Test persons – you have to keep in mind that we are dealing with healthy people to whom we give something so that they do not get sick in the future, that is the intention of a vaccination. This means that our requirements for this vaccine must be significantly higher than, for example, requirements for therapeutic treatment. With therapeutic treatment, people are already sick and in case of doubt they can die if I don’t treat them, so I can accept major side effects and major problems as part of the risk assessment. But if I do a risk assessment for a vaccine, then it should hardly harm people, because I give it to a healthy person who only possibly can get sick. The risk assessment of a vaccine must be significantly higher.

What is the risk of this vaccine if I give it to people? The transportation system I was talking about is contaminated . In the pharmacological sense, it is already called contaminated when it is 99% pure. Even if I only have 1% contamination, then such a preparation is already “dirty”.

RM: What does it mean exactly? Where is the pollution coming from? Is that the active material? Or what is the impurity?

DR. HOCKERTZ: The active material, ie the RNA, can be produced relatively cleanly. But this must be protected because our body has very active systems to kill or destroy this material extracellularly. That also makes sense because the body wants to protect itself from free RNA being in the body. For example, if cells were to break, RNA would also be released. That is why the RNA that is now being produced in the laboratory has to be packaged in a carrier system. And these are nanosomes or liposomes, these are lipids, these are envelopes, and these are to be regarded as an impurity per se, because they are a type of dosage form. And from our experience, these nanosomes, liposomes, are very difficult to actually produce highly pure.