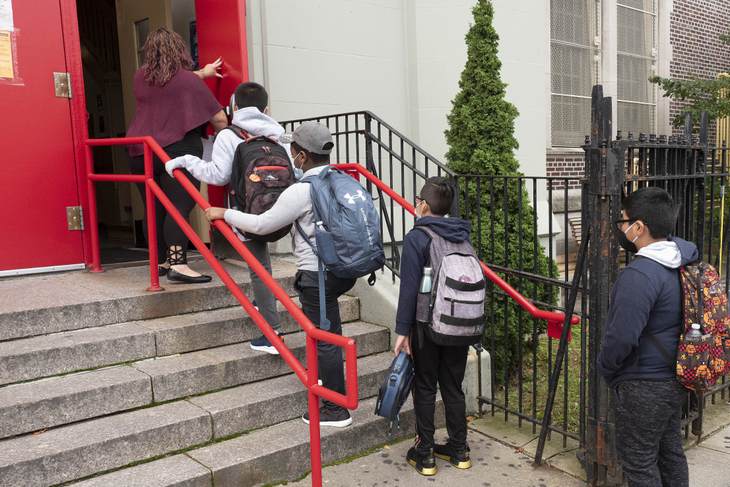 A new study shows that transmission of COVID-19 is extremely low in K-12 schools providing face-to-face instruction. The study examined eleven school districts in North Carolina. It included nearly 100,000 students and staff and monitored the virus transmission over a nine-week period.

To complete the study, they looked at each case identified and determined whether it was community-based or in-school spread. The determination was made by local health departments and showed that in-school transmission was extremely rare. The results were described by the researchers as follows:

Over 9 weeks, 11 participating school districts had more than 90,000 students and staff attend school in-person; of these, there were 773 community-acquired SARS-CoV-2 infections documented by molecular testing. Through contact tracing, NC health department staff determined an additional 32 infections were acquired within schools. No instances of child-to-adult transmission of SARS-CoV-2 were reported within schools.

Because they looked at both primary and secondary spread, the researchers are confident in their findings. According to county-level data for the school districts being studied, a person diagnosed with COVID-19 transmitted the virus to slightly more than one other individual. Given the 773 community-acquired infections in the eleven school districts, researchers assert that there should have been between 800-900 secondary infections in the school. There were only 32, indicating that transmission in the school environment is far less likely than in the community.

The schools were using the three W’s as primary mitigation strategies: Wear a mask, Wash your hands, and Watch your distance. District leaders also credited detailed planning for learning activities and collaboration with the local health department as important parts of the program.

The study also cites a recent research review that estimates COVID-19 deaths would only be reduced by 2-4% through school closures alone. The researchers note that this is much lower than other social-distancing measures. They continue to say that most of the transmission within the schools involved individuals not wearing face coverings. These occurred in very young children during lunch and among children with special needs. Masking is not always possible in these populations, and school personnel emphasized increased distancing in the special needs setting and increasing ventilation.

The virus’s risks to young children are exceptionally low, so the lack of secondary COVID-19 cases spreading from child to adult is an encouraging finding in such a large population. It should also make school closures a last-resort measure to prevent community spread. The risks to children educationally and emotionally from long-term school closures are significant. Hospitals are reporting treating more children with severe child abuse injuries. Suicides among young people are also up significantly in some areas of the country. School districts nationwide, where lockdowns have persisted, are also reporting significant increases in failure rates.

It is time to take the teachers’ unions to task for the sake of the children. This is another study that tells us that teachers’ risks from their workplaces are less than their risk in the community. Obviously, teachers with confirmed risk factors need special care. Using a healthy proctor while the teacher remains remote is one proposal that has been made.