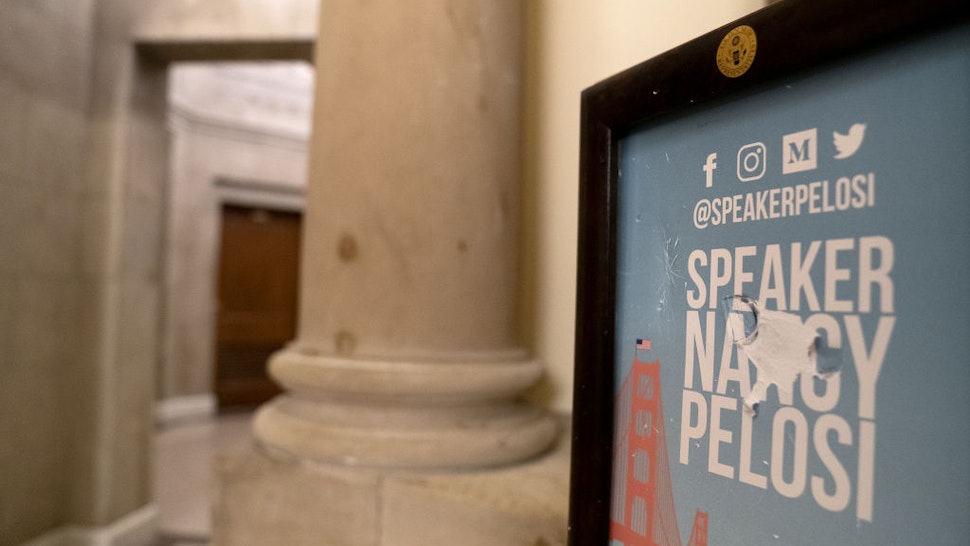 The FBI is reportedly on the hunt for the woman who may have stolen a laptop or hard drive from Speaker of the House Nancy Pelosi’s (D-CA) office during the January 6th attack on the United States Capitol and are concerned she may be looking to sell it to the Russians, according to an affidavit filed late Sunday night.

In perhaps the most bizarre case to come out of the Captiol attack yet, the FBI are looking for Riley June Williams, ” a Pennsylvania woman who was seen in footage of the Jan. 6 insurrection in area of the Capitol near Pelosi’s office,” directing the crowd and, eventually, entering the Speaker’s office, according to Politico.

“It appears that WILLIAMS has fled,” the affidavit notes. “According to local law enforcement officers in Harrisburg, WILLIAMS’ mother stated that WILLIAMS packed a bag and left her home and told her mother she would be gone for a couple of weeks. WILLIAMS did not provide her mother any information about her intended destination.”

Those charges include “entering a restricted building and disorderly conduct,” per Buzzfeed News.

Buzzfeed, which has still images from a video from the Capitol attack that was posted to social media, pinpointed a woman who matches Williams’ description. She is seen wearing a brown coat and a green sweater, and is carrying a zebra-print tote bag. In the video, she is “reportedly physically directing crowds toward a staircase,” while yelling “‘upstairs, upstairs, upstairs.’” The stairway, the FBI says, leads up to Pelosi’s office.

The FBI’s affidavit indicates that a witness, a “former romantic partner,” identified Williams in the video and called the FBI tipline to warn authorities that Williams had discussed removing a piece of technology from Pelosi’s office — either a hard drive or a full laptop — and that Williams was looking to pass the device off to foreign agents through a friend in Russia. Williams, it seems, never managed to sync up with her contacts.

A Congressional aide told media on Friday, January 8th — two days after the riot — that a laptop “used for presentations” had been stolen from a conference room in Pelosi’s office suite. It is not clear whether that laptop is the same one mentioned in the FBI’s brief.