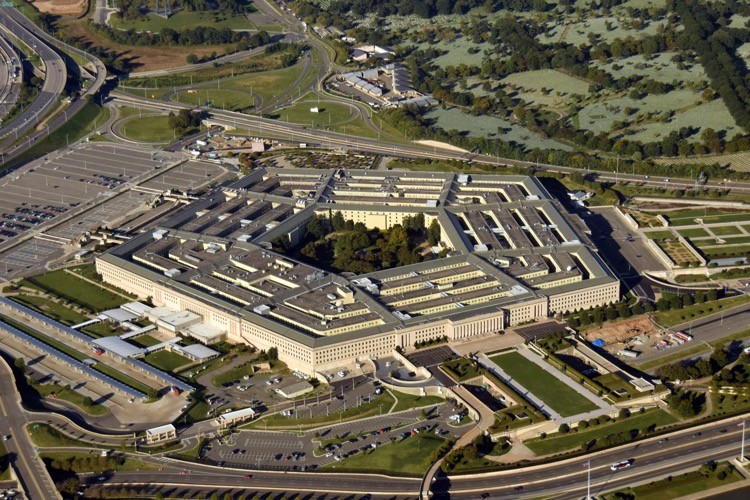 The Pentagon will now be treating climate change as a national-security threat, Defense Secretary Lloyd Austin said this week.

This is a huge deviation from the Trump administration, which did not make any such declarations on the issue. The announcement also comes after Joe Biden signed various executive orders to cut oil, gas, and coal emissions and to double the production of energy from offshore wind turbines.

In a statement, Austin said the Defense Department “will immediately take appropriate policy actions to prioritize climate change considerations in our activities and risk assessments, to mitigate this driver of insecurity. As directed by the President, we will include the security implications of climate change in our risk analyses, strategy development, and planning guidance.”

The defense secretary added that the Pentagon will incorporate climate risk analysis into modeling, simulation, wargaming, analysis, and the Next Defense Strategy, noting that his department “can be a platform for positive change, spurring the development of climate-friendly technologies at scale.”

“There is little about what the Department does to defend the American people that is not affected by climate change,” Austin said. “It is a national security issue, and we must treat it as such.”

Biden’s new executive orders halt new oil and gas leases on federal lands and waters while taking aim at federal subsidies for oil and other fossil fuels. They also intend to conserve 30 percent of America’s lands and ocean waters in the next 10 years and move to an all-electric federal vehicle fleet.

The Biden plan seeks to slow down what is supposedly human-caused climate change, but comes with negative ramifications for the economy, as plans to transition American society to a predominantly “clean” energy grid are sacrificing oil and coal jobs.

“We can’t wait any longer” to address the climate crisis, Biden said at the White House. “We see with our own eyes. We know it in our bones. It is time to act.”

The policies Biden signed Wednesday were the Memorandum on Restoring Trust in Government Through Scientific Integrity and Evidence Based Policy Making, the Executive Order on the President’s Council of Advisors on Science and Technology, and the Executive Order on Tackling the Climate Crisis at Home and Abroad.

The first would give the head of the Office of Science and Technology the power and responsibility to convene an inter-agency task force to, among other things, prevent the suppression or distortion of scientific or technological findings, data, information, conclusions or technical results.

The second establishes a new 26-person President’s Council of Advisors on Science and Technology (PCAST) that will be responsible for advising the president on everything from energy to technology to “worker empowerment,” national and homeland security, and “racial equity.”

In other words, it covers everything under the sun. As TNA noted, “It seems that Biden is creating a scientific aristocracy that reports only to him and cannot be questioned on matters of science — especially climate science.”

The last executive action, the Executive Order on Tackling the Climate Crisis at Home and Abroad, codifies America’s commitment to meeting and exceeding its goals as stated in the 2015 Paris Climate Accord and puts a halt on any new oil or natural gas leases on federal land while ordering a “rigorous review” of any existing leases or permits related to fossil-fuel production.

Biden’s actions have resulted in pushback from Americans concerned about the economic and employment devastation they will cause.

The Biden administration, however, doesn’t seem concerned about American citizens losing their jobs. In what is sure to be many “let them eat cake” moments to come, John Kerry said that oil workers laid off due to the new White House policies should make solar panels.

“What President Biden wants to do is make sure those folks have better choices, that they have alternatives, that they can be the people to go to work to make the solar panels,” Kerry said at a press briefing Wednesday.