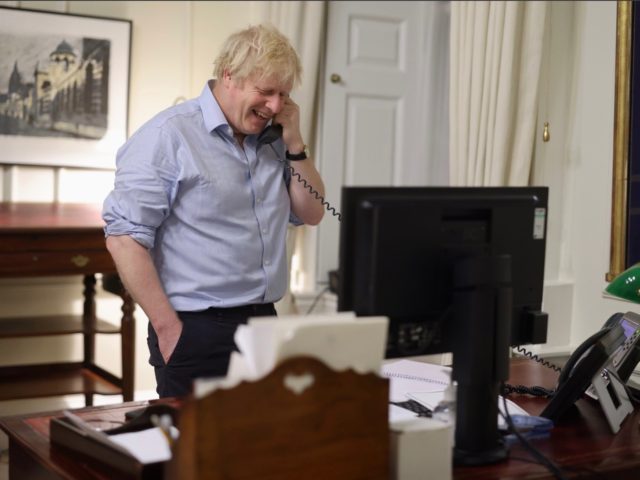 Prime Minister Boris Johnson reportedly told Joe Biden that his ascendancy to the White House represented a “moment of hope in a dark time” as the leaders discussed their ‘Build Back Better’ agenda during a phone call on Saturday.

Mr Johnson is reported to be the first international leader in Europe to speak with Joe Biden as President. Relations between the two leaders appear to have warmed, after initially seeming cool due to Biden’s opposition to Brexit and Johnson’s past criticism of Barack Obama removing a bust of Sir Winston Churchill from the Oval Office.

According to a White House readout of the conversation, Biden expressed his intention to work with the Johnson administration to “revitalise transatlantic ties” and work through “multilateral organisations, on shared challenges such as combating climate change, containing COVID-19, and ensuring global health security.”

“He noted his readiness to work closely with Prime Minister Johnson as the United Kingdom hosts the G-7 and United Nations Climate Change Conference (COP26) this year,” the readout said.

A Downing Street source told The Telegraph that Johnson welcomed the “fantastic initial announcements from the Biden administration and ‘moment of hope’ in a dark time”.

A government spokesman said that the leaders “also discussed the benefits of a potential free trade deal between our two countries, and the Prime Minister reiterated his intention to resolve existing trade issues as soon as possible”.

The British paper also reported that sources in Berlin an Paris said that neither France’s President Emmanuel Macron nor Germany’s Chancellor Angela Merkel has spoken with Biden since his inauguration.

On social media, Mr Johnson said that it was “great to speak” with Mr Biden, saying that he looks forward to working with the 78-year-old Democrat to “drive a green and sustainable recovery from COVID-19.”

British political commentator Calvin Robinson questioned the reasoning for the green agenda push from the British premier, writing: “What do environmental issues have to do with recovering from a pandemic? What’s the plan for restoring our civil liberties? Will it be tied into a progressive green policy?”

“No building back ‘better’ thanks. Old normal will do,” Robinson said.

Great to speak to President @JoeBiden this evening. I look forward to deepening the longstanding alliance between our two countries as we drive a green and sustainable recovery from COVID-19. pic.twitter.com/Y4P3G74PPz

Mr Biden is expecting to begin calling other European allies on Monday. The fact that the President called Johnson before EU leaders signals that despite a recent diplomatic snafu over Biden removing the bust of Britain’s wartime leader Sir Winston Churchill from the Oval Office, like Barack Obama before him, the shared agenda of the two leaders forecast closer ties than initially expected.