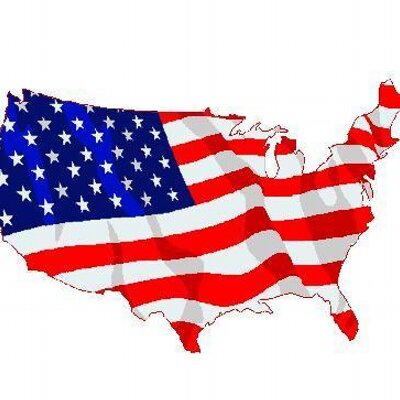 And I’m not talking to the Sheeple. I’m talking to the ‘awakened’ Patriots.
The assholes who stole the election are the same ones who are trying to jab us with Covid vax. An untested, deadly vax with who knows what the fuck is in it. For a friggin’ flu?!?! (It’s really a parasite more than anything, but they won’t tell you that.)

These are the same assholes who are rolling out 5G faster than you can say “5 G”. 5G is nothing short of a stealth weapon system. It’s a crowd control system … a mind-control system … and an extremely powerful energy grid that can kill you with a flip of a friggin’ switch!

These are the same assholes who have spent decades chemtrailing our skies with aluminum … Aluminum … ALUMINUM for heaven’s sake!  Do you know why so many have Dementia …  and Alzheimer’s … and Parkinson’s … and Sundowner’s etc.??????????????  All these brain diseases are cause by the bioaccumulation of aluminum in the brain.  So are many other neurological diseases slowly killing Americans caused by toxic aluminum.

These same assholes have been dumping fluoride in our water for many decades — FLUORIDE— a known poison and waste product from the Aluminum Industry.  Look it up, for God’s sake!

The same assholes have been putting GMOs in our food before it was even talked about.  Not only that, they have dumped tons of poisonous Glyphosate on our farmlands.  Before that, it was DDT.  Do you still trust these assholes?!?!

The same assholes have been putting neurotoxins like aspartame and monosodium glutamate and HFCS in our foods and soft drinks.  There are thousands of other dangerous chemicals they’ve been putting into our foods and beverages FOR DECADES.  Just go to a Big Agra farm and see what they spray all over the place.  Then go see what they give all the animals in their feed, and especially what they inject them with.  You’ll never eat another animal again, trust me!

These are the same assholes who are burning down state after state during every wildfire season.  They aim their DEWs anywhere they want to and torch vehicles on the spot, driver and all!  That’s after they burn down whole towns and villages whose land they want to steal for Agenda 21 or the 2030 Agenda.

They also use their geoengineering to create the perfect environmental conditions to make super-storms.  These weather weapons are then aimed at our coastlines and cities to take out whoever, whenever.  California is torched now as often as Louisiana is flooded by these major-league assholes.

Let’s not even get started on all the false flag mass shootings, bombings, assassinations and other black ops that kill Americans like we live in Syria.  They’re picking us off like ducks in a pond…anytime they want, however they want.  And they blame it on their own controlled fake terrorists … when they’re the friggin’ terrorists.

Of course, the only reason why these assholes even get away with making so much mayhem is the media.  All those MSM assholes ever do is shove fake news down our throats 24/7.  It’s all garbage!  That’s all the fakestream media ever reports is fake news—trash, nothing but lies for the eyes and ears ALL FRIGGIN’ DAY LONG … EVERY FRIGGIN’ DAY OF THE YEAR … FOR OUR WHOLE LIVES!!!    FAKE NEWS that’s really DANGEROUS NEWS!  In the Covid era, their fake news is VERY dangerous.  It’s called their new and improved FEAR VIRUS—COVID-19!

Then these assholes used this FEAR VIRUS to lock you down.  They plastered a sickness-causing mask on your face, told you to stay 6 feet away from everyone, kept you cooped up at home out of the fresh air and sunlight, closed down your business, shut down your places of worship and sheltered you in place for good measure.  It wasn’t a quarantine for the sick, it was a lockdown for the healthy.  This is how these total assholes have shut down whole cities and communities.  Livelihoods gone in a day, a week, or month.  Families are now broke, busted and disgusted but still putting up with these assholes. Why!  WHY ! ! !  They’re genocidal maniacs.

What these assholes don’t tell you about is that COVID-19 is a bioweapon.  But what they really never say is that there’ve been hundreds of bioweapons released across America since World War II.  You name the flu; it was bioengineered, weaponized, and then launched at any target they want to take out or incapacitate.

But the real damage these assholes are inflicting with these bloodline-targeting bioweapons is this: Every new weaponized pathogen that’s marketed under a new infectious disease name like HIV/AIDS, SARS, Lyme Disease, Ebola, West Nile Virus, Zika, Hantaviruses, Anthrax, MRSA, Meningitis, Gulf War Syndrome I, II, III, etc. is slowly degrading the human immune system.  That’s why there’s such a burgeoning epidemic of chronic degenerative diseases nationwide…that the doctors can never diagnose.  How convenient for Big Pharma, the biggest assholes of ’em all!

Btw, did these assholes ever tell you about the hundreds of endocrine disruptors and other powerful chemicals they have released into the environment that cause gender dysphoria?!?!  No, didn’t think so!  Their transhumanism agenda is so sacred to them they are now letting young innocent children change their sex—HOLY  FRIGGIN’ SHIT!!!!!!!!!!!!!!!!!!!!!!!!!!!!!!!!!!!!!!!!!  And in some places without even parental consent!

These assholes also keep VERY quiet the fact that a mother and her doctor can get together and decide to kill a newborn baby at 9 months.  They call it ‘abortion’ when it’s really MURDER ONE.  They also call it pro choice to cover up their stone-cold act of extermination!  That’s right, the state has given the totally insane mother the power to kill her infant at birth—with no threat of prosecution for her cold-blooded, premeditated murder!  By the way, that’s called INFANTICIDE, people ! ! !