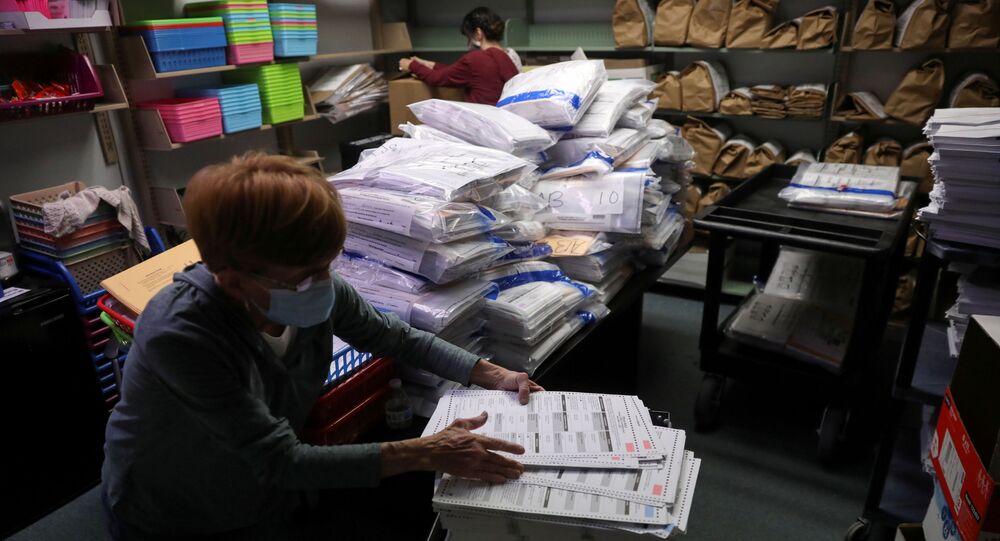 Previously, the state’s governor, Democrat Tony Evers, certified the result of the election, which saw Joe Biden win the vote in Wisconsin by a margin of less than 1%, despite POTUS’ campaign challenging the outcome.

The legal team of US President Donald Trump has filed a lawsuit to challenge the presidential election results in Wisconsin in the state’s Supreme Court, POTUS’ campaign has announced.

The latest suit will seek to challenge the results based on allegations of four counts of voting procedure violations. The Trump team’s claim mostly focuses on calling out violations in mail-in voting, which the president has long accused of being prone to fraud.

The president’s legal team is challenging the validity of around 220,000 absentee ballots, suggesting they could have been improperly filed and thus void. Should the Wisconsin Supreme Court discard the votes, it would change the outcome of the election in the state, where Biden won with less than a 1% margin, or around 20,000 votes, thereby giving POTUS 10 more Electoral College votes to the 232 he already has.

The new round in Trump’s legal battle over the election results and alleged violations and voter fraud comes a day after Wisconsin’s Democratic Governor Tony Evers certified the results of the counting, citing his “duty” to do so. The governor stressed that state election officials had ensured that Wisconsin had “a safe, fair and efficient election”.

Today I carried out my duty to certify the November 3rd election, and as required by state and federal law, I’ve signed the Certificate of Ascertainment for the slate of electors for President-elect Joe Biden and Vice President-elect Kamala Harris.

Evers announced his decision on 30 November after state election authorities finished recounts in two counties – Milwaukee and Dane – which failed to tip the scales in favour of incumbent President Donald Trump, who had requested them. Several other states where Trump is disputing the results, namely Arizona, Nevada, Michigan, and Pennsylvania, have already certified the voting results, while Wisconsin has become the last battleground state to do so.

The Trump campaign insists that there were numerous instances of voter fraud and violations across the country in the 2020 presidential election, but has so far failed to significantly shift the election outcome via the lawsuits based on these allegations. POTUS has namely called out the alleged refusal to allow GOP observers to monitor vote counting, specifically of mail-in ballots, which he says are prone to fraud. Among other things, the president and the Republican Party pointed to a “glitch” in the Dominion Voting Systems machines that was uncovered in a Michigan county as a possible reason why some Trump votes may have erroneously gone to Biden.