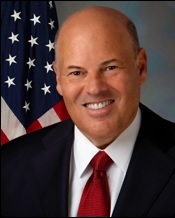 Among the growing list of priorities for the incoming Biden administration is a comprehensive investigation of the efforts to sabotage the U.S. Postal Service.

In August, Aaron Gordon, reporting for Vice’s Motherboard, published a leaked internal document from the U.S. Postal Service showing that management was planning to eliminate hundreds of high-speed sorting machines in the midst of a pandemic. Sources inside the Postal Service that spoke with Gordon told him that they had “personally witnessed the machines, which cost millions of dollars, being destroyed or thrown in the dumpster.”

Documents reviewed by Gordon also “laid out detailed plans to reroute mail to sorting facilities further away in order to centralize mail processing even if it moves the mail across further distances.” Gordon reported that a union official wrote on the document: “This will slow mail processing.”

When this news swept across mainstream media, it was characterized as an effort to interfere with mail-in ballots and boost the chances of a Trump election win. But the slowdown at the U.S. Postal Service continues, making it look more like an all-out effort to sabotage a government mail program in order to destroy its reputation for timely delivery and boost the fortunes of private mail shippers.

Any effort to sabotage a vital government function that impacts the efficiency with which U.S. businesses operate is a matter of national security. The GDP of the United States, already hit hard by the rolling pandemic shutdowns, depends on the timely delivery of mail.

What is currently happening to the reputation of the U.S. Postal Service during this pivotal holiday shipping period could sabotage its reputation for years going forward. No one would like this more than Charles Koch and his network, which has been on a quest to privatize all government functions and shrink the federal government.

Prior to this sabotage effort, the U.S. Postal Service had the approval of 91 percent of Americans, according to a May research report from the Pew Research Center.

Count me among those who trusted the reliability and efficiency of the U.S. Postal Service for the more than two decades that I worked for two Wall Street firms. During those two decades, I mailed thousands of checks via the USPS to the clients for whom I managed money. The Wall Street firms’ computer systems issued thousands more checks via USPS for clients who were on automatic payout of their stock dividends and/or bond interest.

Over those two decades, I do not recall ever hearing from a client about a lost check or even a delayed check. That is a far cry from what is happening today.

On December 7, my husband (Russ Martens) mailed via USPS a Christmas gift to a disabled family member located 3 hours from us by car. We were hoping to brighten her holidays. He paid what our receipt says was “2-day Priority Mail.” It is now eight days later and as of 7:30 a.m. this morning, the package has not yet arrived.

The family member is located 137 miles due East of us. But the tracking route shows that the USPS sent the package to a distribution center 104 miles in the opposite direction of the recipient. Strange routing by the USPS also seriously delayed a birthday present we sent to another family member in November.

We decided to see if other people were reporting delays from strange routing by the USPS. We found an online post dated February 18, 2019 from an Etsy seller named Bees Knees Leather. The comment reads as follows:

“A few customers have contacted me in recent weeks saying their tracking was showing weird…paths.

“A package that was to ship within my own state somehow ended up states away before coming back.

“I figured the first one was just someone putting a package on the wrong truck and it not getting caught until it reached the other state and was sent back. The second instance, though, makes less sense. Anyone else experiencing anything like this? Luckily it has only caused 1-2 day delayed thus far (and it’s only these two that I know of), but it’s sort of…annoying?”

Another Etsy seller using the name “PreciousMemoriesOne” responded to the post on the same date as follows:

“Yes, I had a package that was supposed to go from one side of my state to another, and took 11 days to arrive. To top it off, the package was never scanned in, and only scanned when it finally got to her town. She thought I was lying about sending, it, although I shipped next day, and took it to the PO myself. I get so frustrated when I pay for tracking, and then the package doesn’t get scanned in to my PO. The clerk there told me to my face they usually don’t have time to scan them, but that they ‘should’ get scanned at the main sorting facility. I think it is very unfair when sellers get a poor review because of the USPS.”

Similar comments from others about illogical paths for their delayed USPS packages were posted under this comment.

Why do we suspect this to be a concerted effort by the Koch network to sabotage the good reputation of the USPS to further its goals of privatizing one of the most admired government institutions?

The Koch network is a radical right-wing group of ultra-wealthy donors who have been collaborating at semi-annual retreats for decades on how to move the Republican party to the far right, downsize the federal government, gut federal regulations, and kill unions because they boost workers’ safety rights and give workers a stronger negotiating position for wage and benefit increases. Unions also tend to donate to the political campaigns of Democrats.

Charles Koch, Chairman and CEO of the fossil fuels juggernaut, Koch Industries, has been the recognized head of the Koch network for four decades. His dream of castrating the federal government has come closer to fruition than ever before under the Trump administration, which has been embedded from day one with Koch-related individuals. (Koch Industries outside law firm, Jones Day, installed 12 of its law partners in the Trump administration on the very day of Trump’s inauguration on January 20, 2017.)

As the Koch network was packing the Trump administration with its people, Charles Koch was attempting to launch the narrative that he didn’t back Trump for president. But by the spring of 2018, 12 people who previously worked at Freedom Partners, a Koch nonprofit front group, were working in the Trump administration. Freedom Partners has since disbanded but when we looked into the nonprofit in July 2018, we found that all but one of Freedom Partners’ 9-member Board of Directors was a current or former Koch company employee. The Board Chair of Freedom Partners at that time was the same Mark Holden that was the General Counsel of Koch Industries.