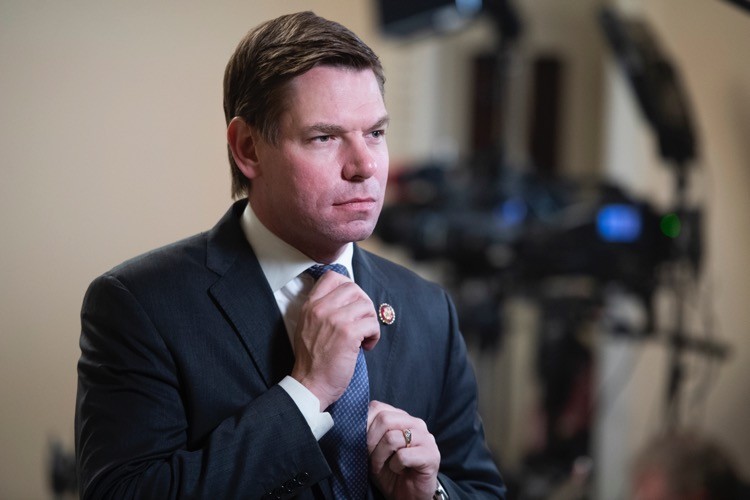 So you’re on the House Intelligence Committee, and you take into your inner circle a national from our main geopolitical adversary — which just happens to be a nation dictating that all its citizens must engage in spying when asked. What could possibly go wrong?

What could possibly go wrong is what did: Congressman Eric Swalwell (D-Calif.) ended up with a Chinese spy in his midst, a comely young woman named Fang Fang (a.k.a. “Christine Fang”)

What’s more, the married politician is accused of having had a sexual affair with Fangs. This would make it a classic “honey pot” scenario, which is when an operative initiates a relationship with a target in order to gain influence over him (and a married Intel. Committee member is ripe for blackmail).

Moreover, Fangs sank her teeth into other politicians as well, as she also “allegedly slept with at least two Midwestern mayors while cozying up to a slew of pols across the country in a bid to infiltrate the US political system,” reports the New York Post.

In fairness, it’s not believed Fangs obtained classified information, and Swalwell did break ties with her in 2015 after being warned of her activities in a “defensive briefing.” Yet what does making ties with her in the first place say about his, and the other politicians’, judgment?

More on that momentarily. But first we have some story details about the “Chinese Mata Hari,” as the Post dubs Fangs.

The fetching Beijing spy “entered the US through California as a college student in 2011 — and spent the next four years wooing everyone from local politicos to US congressmen, said the Web site Axios, citing current and former US intelligence officials,” the paper related.

“She was on a mission,’’ a US counter-intelligence official said of Fang — and it included plenty of seduction before the feds got wind of her antics and she vanished in 2015.

The idea was for Fang to maneuver herself into key government circles — and sometimes politicians’ beds — to gain personal information about them while ingratiating herself with unwitting potential up-and-coming heavy-hitters, intelligence sources told Axios.

US officials know of at least two mayors who had romantic relationships with Fang, likely now in her late 30s or early 40s, for about three years, the site said.

The accused spy had sex with an Ohio mayor in a car, an incident caught on FBI electronic surveillance, an intelligence official said.

The mayor asked Fang at one point why she was into him, and she allegedly replied that she needed to improve her English.

(And, not suspicious at all, that’s always a great reason to jump into bed with somebody!)

As for the congressman, why did Swalwell fall well for Fangs? Aside from the allure of being a comely coed, Axios tells us that the spy “took part in fundraising activity for Swalwell’s 2014 re-election campaign, according to a Bay Area political operative and a current U.S. intelligence official.”

“Swalwell’s office was directly aware of these activities on its behalf, the political operative said,” the site continued.

In addition, Fangs “helped Swalwell secure the support of his district’s Asian-American community,” according to Fox News host Tucker Carlson.

To be clear, Shanghai Swalwell isn’t accused of illegality, but he may be guilty of two other “itys”: immorality and stupidity. And for certain, as Carlson points out (video below), he doesn’t belong on the Intel. Committee.

In fact, Swalwell was a prime target for Chinese espionage, stated ex-federal prosecutor Brett Tolman, a former counsel of the Senate Judiciary Committee. Swalwell had to have known this, too, informs Tolman.

What’s more, there were enough red flags with Fangs to drive a bull to Xanax. Consider:

So what explains Swalwell’s Shanghai surprise? Stupidity first comes to mind, but the second possibility is even more troubling.

Leftists’ identity politics/cultural affirmative action mentality corrupts their judgment. That is to say, instead of seeing red flags with Fangs, she’d get hiring points because she’s non-white. She’d get more points because she was a foreigner and, oh my, even (likely) had an accent! What a chance to value-signal and show how enlightened you are!

But there’s a reason our Constitution contains a natural-born clause relating to the presidency. Oh, this doesn’t mean an immigrant can’t become a good citizen, and there certainly have been native-born American traitors. Nonetheless, it’s logical to suspect that a recently arrived foreigner’s heart will lie with his native country — and a Chinese national should set off alarm bells.

The third possibility is that, as with too many leftists, Swalwell just doesn’t care about our country at all. And power-lust does appear his only principle, as his frequent lying about President Trump and mythical “Russian collusion” evidenced (meanwhile, he was the one subject to foreign influence).