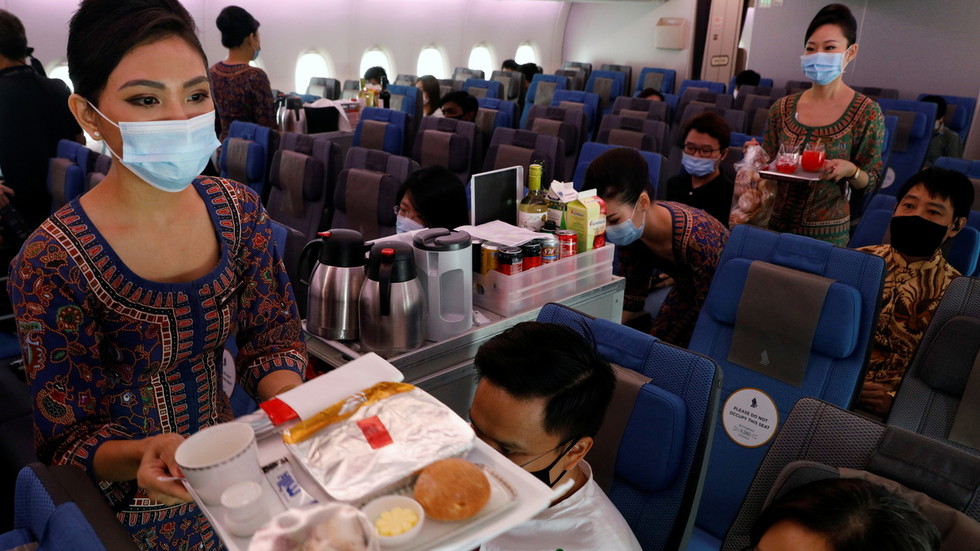 Singapore Airlines has become the first major carrier to introduce a digital certificate used to verify a passenger’s Covid-19 test results and vaccination status, in what the company described as the new normal for travel.

It announced on Wednesday that it had started the world’s first trials of a “health verification process” developed by a major airline lobby, the International Air Transport Association (IATA). The app, known as Travel Pass, is being used on flights operated by Singapore Airlines from Jakarta or Kuala Lumpur to Singapore. The company said that it could extend the program to other cities if the trials are successful. It also plans to integrate the certificate into its SingaporeAir mobile app in the coming months.

Passengers traveling the selected routes will need to take their Covid-19 tests at designated clinics in Jakarta and Kuala Lumpur, where they can be issued either a digital or paper health certificate with a QR code, the airline explained in a press release. The documents will be checked by both airport check-in staff and Singapore’s immigration authority.

The airline said that Covid-19 tests and vaccinations will be “an integral part” of air travel going forward and that the certificates were an ideal way to “validate a passenger’s health credentials.” The company hailed the new ID as a way to use digital technologies to create a “more seamless experience” for customers amid “the new normal.”

Margaret Tan, aviation security official from the Civil Aviation Authority of Singapore (CAAS), applauded the rollout and expressed hope that “other countries and airlines” would adopt a similar scheme in order to ensure passengers have “necessary health credentials to protect public health.”

The IATA announced last month that it was working on Travel Pass in a bid to re-open international travel. Several airlines have already eyed the technology, including Qantas Airways, which said it plans to make proof of Covid-19 vaccination mandatory for all international passengers traveling to and from Australia. The company’s CEO, Alan Joyce, also speculated that digital health passports would become a requirement worldwide.