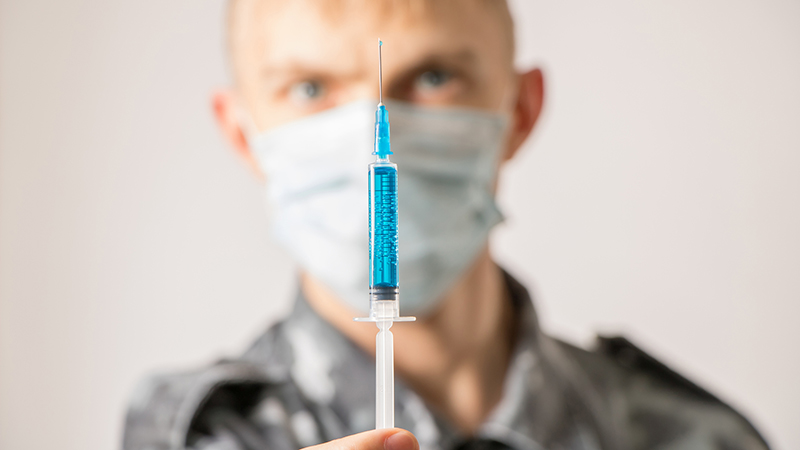 The British government has mobilised an elite “information warfare” unit to combat “anti-vaccine militants” and interrupt their “propaganda content” online, according to a report in The Sunday Times.

The report (behind a paywall) says that the unit is usually used to assist with operations against al-Qaeda and the Taliban, but now will be turned on to those who dare question the sanctity of COVID vaccination.

The army has mobilised an elite “information warfare” unit renowned for assisting operations against al-Qaeda and the Taliban to counter online propaganda against vaccines, as Britain prepares to deliver its first injections within days. https://t.co/7JY2gl0oMj

The report further notes that the outfit known as ‘The defence cultural specialist unit’ was formed in Afghanistan in 2010 and is part of the army’s 77th Brigade.

Nice… The government employing the military to use psyops on the public to ensure no one strays from the acceptable opinion on the vaccine.

The Times claims that the move was revealed by ‘leaked’ documents’.

“Soldiers are already monitoring cyberspace for Covid-19 content and analysing how British citizens are being targeted online,” it claims.

Of course, the government claims that muh Russians are involved… a way of confusing people into accepting the enforcement of group think by military spies.

“It is also gathering evidence of vaccine disinformation from hostile states, including Russia,” the report states.

Exactly what constitutes vaccine “disinformation” will be down to the government, and will likely make a target of anyone who points out potential side effects of vaccination, or questions the idea of mandating the jab, whether literally by law or by making it impossible to participate in society without it.

After the ‘leak’ came to light, the UK Ministry of Defence claimed that the unit is “not being directed at the UK population,” only at ‘hostile foreign actors’.

Just like the GCHQ spook unit inside 10 Downing Street is also not targeted at the public.

A fortnight ago it was revealed by The London Telegraph (Paywall) that spies from Britain’s most secretive intelligence and security organisation have embedded a ‘cell’ at the heart of government to provide Prime Minister Boris Johnson with real time information pertaining to the public’s movements.

“GCHQ analysts have been given access to mobile phone data to track the public’s movements during the national lockdown. The up-to-the-minute reports on compliance are passed to the Prime Minister”https://t.co/SKqk5uRw0z

The Daily Mail also reports on the development, which notes that GCHQ, normally tasked with spying on terrorists and foreign powers, has been turned on the British public to gauge whether people are following the COVID ‘rules’ or not, and to combat anti-vaccination material.