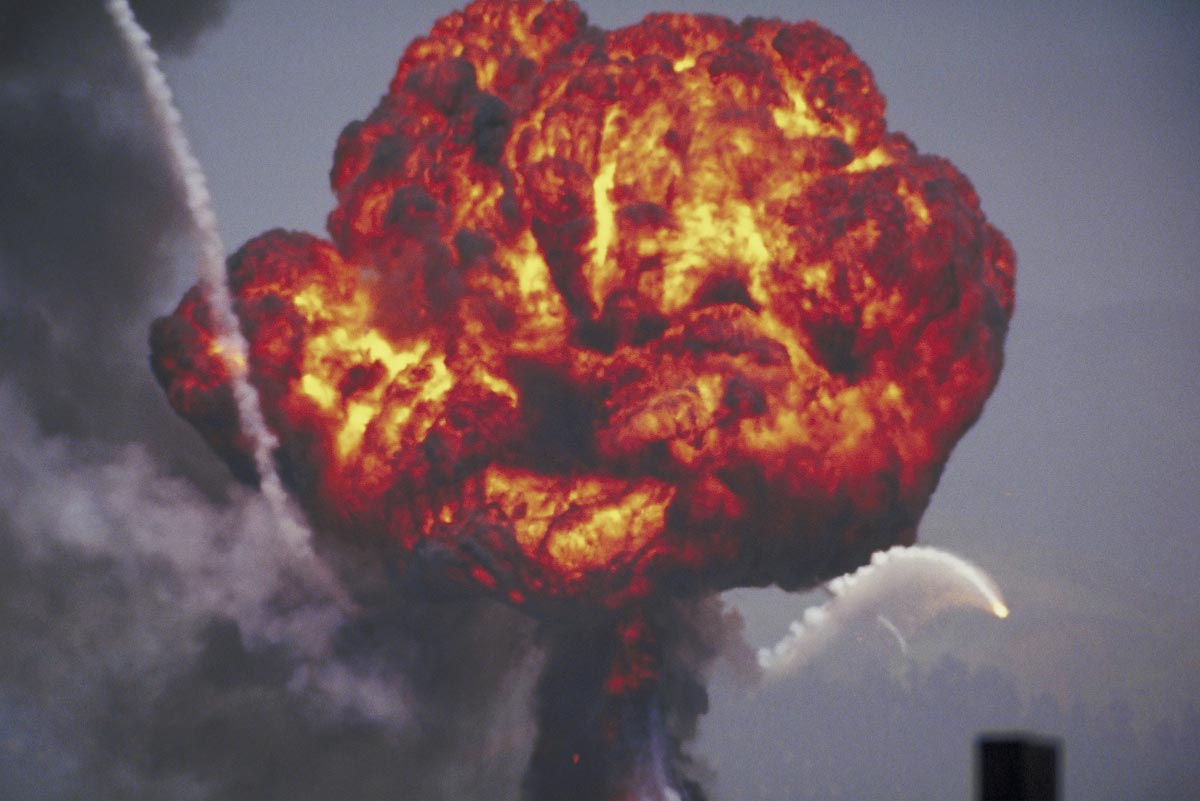 The facility, which manufactures the anti-Wuhan coronavirus (COVID-19) drug hydroxychloroquine, appears to have been targeted, perhaps by COVID-19 vaccine interests, in an effort to punish the company for manufacturing the inexpensive, highly effective remedy for the novel virus.

People as far away as New Taipei City, located in Taiwan’s Tamsui District, reported hearing a large blast shortly after noon on Sunday. Immediately following the blast, thick black smoke was seen pouring out of the SCI Pharmtech factory.

A 30-year-old foreign migrant worker suffered third-degree burns to about 90 percent of his body, and is now in critical condition. A 40-year-old man suffered similar burns but only on his hand. Both men were rushed to Chang Gung Memorial Hospital for treatment.

The SCI Pharmtech factory in question is the second-largest HCQ provider in Asia. It has since been closed, meaning no more HCQ production for the time being. The nearby Taipei Taoyuan International Airport, however, remains open for travel despite being in close proximity to the deadly blast.

Authorities are still investigating the cause of the explosion, which is all too convenient having occurred just days after Big Vaccine started publicly releasing COVID-19 jabs as the alleged “cure” for the plandemic.

More of the latest news about the Wuhan coronavirus (COVID-19) can be found at Pandemic.news.

Hydroxychloroquine is cheap and effective against COVID-19, which is why Big Pharma wants it to go away

Back in the spring when the plandemic was first announced, the Trump administration claimed that the Food and Drug Administration (FDA) was on the verge of approving chloroquine and HCQ as potential remedies for COVID-19. This ultimately did not happen, though, as the agency decided to do the exact opposite by prohibiting its prescription for the novel disease.

However, some countries are still administering and using HCQ as an effective remedy for COVID-19, which seems to be a point of contention for those trying to push vaccines instead.

Because HCQ is a competitor of COVID-19 vaccines, it would appear as though powerful entities are trying to squelch it – including, potentially, through acts of terrorism, which could be what caused this explosion.

We do not yet have concrete proof of this, so consider it speculation at this point. Based on the circumstances, though, this writer would describe it more as informed speculation based on prior knowledge of how the pharmaceutical industry operates.

Just so you are aware, HCQ is a synthetic derivative of quinine, a naturally occurring compound found in cinchona bark. It is chemically different from natural quinine, though, bearing only a “small resemblance” to the real thing.

“Historically, hydroxychloroquine was discovered during efforts to synthesize alternatives to quinine as anti-malarials,” says Alan Armstrong, a professor of organic synthesis at Imperial College London.

“There is a small resemblance in chemical structure in that both contain a ring system known as quinoline,” he adds.

First developed in the 1950s from chloroquine, one of the first pharmaceutical remedies for malaria, HCQ goes under trade names like Plaquenil, Quensyl, and Plaquinol. It recently made a resurgence based on evidence suggesting that it could be an effective remedy for COVID-19.

“Hydroxychloroquine is a synthetically manufactured drug, developed based on the chemical structure of?quinine,” indicated a spokesman for the French pharmaceutical company Sanofi, which produces Plaquenil.