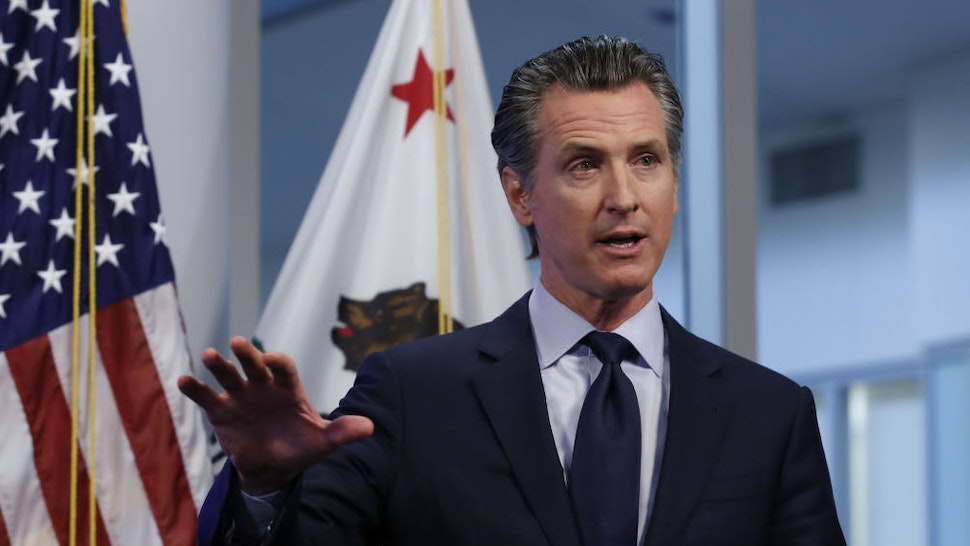 Former California State Assembly Speaker Willie Brown publicly warned Governor Gavin Newsom (D-CA) on Saturday that his governorship could be in jeopardy in a column titled: “Gavin Newsom is in trouble. Here’s how he can survive.”

Brown also predicted Newsom would be in a “fight for his political life” if California didn’t return to a degree of normality, including children attending schools in-person.

Right now, Newsom’s chances of survival are tied to the pandemic. If California can get the coronavirus under some semblance of control and counties can lift economic restrictions — and here’s the big if, if Newsom can lean on teachers unions and school districts to reopen classrooms — he’ll survive any recall and all but guarantee his re-election.

If not, Newsom will be in a fight for his political life.

In order to bolster his chances of weathering the storm, Brown encouraged the California governor to make the recall effort about President Donald Trump — a bold strategy given Trump would not be on the ballot, should the recall effort make its way to the voting booth next year.

Newsom, Brown argued, must “paint the recall effort as an attack by disgruntled supporters of President Trump. That might be helped by news that national Republicans like Newt Gingrich and Mike Huckabee are trying to help the recall qualify for the ballot.”

“If Newsom can make it about Trump, Newsom wins,” wrote Brown.

The Newsom recall effort has been gaining traction amidst a wave of new lockdowns, which the governor tied to regional ICU bed capacity, and in the aftermath of his French Laundry dinner scandal.

In order for a recall to actually end up on the ballot, organizers need to receive 1,495,709 qualifying signatures — 12% of the 2018 election turnout — by March 2021. The recall signatures have to come from registered California voters, and it is likely they will need a 500,000 signature buffer to ensure enough verified signatures count toward the total, according to The San Francisco Chronicle.

“Newt Gingrich’s endorsement will bring us into the national spotlight,’’ Rescue California Chair Tom Del Beccaro told the news agency. “He’s all in: he will support us through social media, with donor phone calls, zoom meetings and fundraising emails.”

California last recalled a governor in 2003, an event that heralded only the second successful recall election in the entire country. (The first occurred in North Dakota 99 years ago). A recent report from Politico suggests that Newsom allies have also been getting nervous about the recall effort.

Sources close to Newsom said the governor’s office has been disorganized over the past month and has not responded effectively to damaging headlines. They point to his prolonged delay in naming a U.S. Senate replacement for Vice President-elect Kamala Harris as one example.