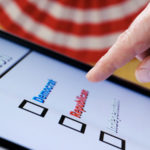 Report concludes “that the Dominion Voting System is intentionally and purposefully designed with inherent errors to create systemic fraud and influence election results.”

A forensic report on 16 Dominion Voting machines in Antrim County, Michigan, found that the machines were intentionally programmed to create massive voting errors meant to affect the outcome of the election.

The Allied Security Operations Group concluded in their audit of the county’s machines – where over 6,000 votes mysteriously flipped from Trump to Biden – that the Dominion Voting machines were set at a 68.05% error rate, meaning 68.05% of ballots had to have been sent offsite to be counted by people in another location.

“We conclude that the Dominion Voting System is intentionally and purposefully designed with inherent errors to create systemic fraud and influence election results,” the report states. “The system intentionally generates an enormously high number of ballot errors. The electronic ballots are then transferred for adjudication.”

The report goes on to explain how this adjudication process is where the fraud takes place.

“The intentional errors lead to bulk adjudication of ballots with no oversight, no transparency, and no audit trail. This leads to voter or election fraud,” the report continues.

“This was not done by a couple of interns, as some people have suggested. This is a systematic program designed to generate errors that affect the outcome of the election,” DePerno said.