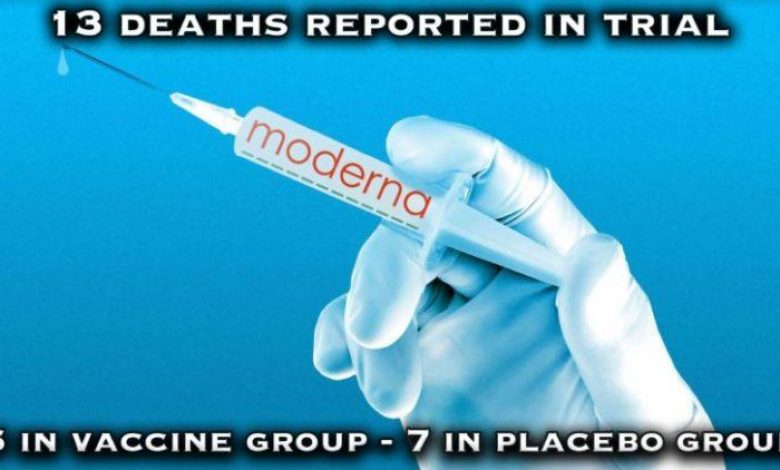 Just more evidence that the mainstream media, lying politician Big Pharma pimps and the producers of vaccines are lying to you, or at the very least, not being completely honest with you.  This is hardly safe and effective, which is probably why so many vaccines of those in positions of authority who get their vaccine on television appear to be fabricated.  In any case, the US Food and Drug Administration’s Moderna report indicates that at least 13 deaths occurred during their vaccine trials.

The Study The CDC Refused To Do: Vaccinated Vs. Unvaccinated

Spiro Skoura has the story.

The Pfizer Covid vaccine is already being administered to the public in the UK, and the first doses have been given in the US ahead of a mass vaccination campaign on a global scale.

It is important to recognize that the Pfizer Covid vaccine has not been approved by the FDA. It has only received Emergency Use Authorization (EUA), meaning the vaccine has not gone through the standard process to get official approval from the regulatory agency.

Now Moderna’s experimental Covid vaccine is set to get the same Emergency Use Authorization, allowing the shot to be distributed to millions of people.

We have already witnessed short-term adverse events (side effects) from the Pfizer vaccine. Truth is, nobody knows what the long-term effects could be and it appears the public is being subjected to an experiment on a global scale.

In this report, we examine discrepancies in the FDA Moderna report that was voted on by an advisory panel. The panel voted 20-0 recommending EUA.

Some of the discrepancies include cherry picked trial participants to achieve the desired results to gain EUA, as well as 13 total deaths in the trials – 6 in the vaccinated group and 7 in the placebo. Something the media refuses to address.

No doubt, this is probably one of many reasons that someone like vaccine safety advocate Brandy Vaughan lost her life.

TRENDING:  Murder In The Name Of COVID-19 & The Bill Gates Vaccine

It’s also why Congress has unlawfully given immunity to vaccine makers that they take huge contributions from for their political campaigns to maintain their status and power.

Oh, and before you point your finger at Democrats, just realize who has been in the White House and who wants credit and is going to get it for these vaccines.