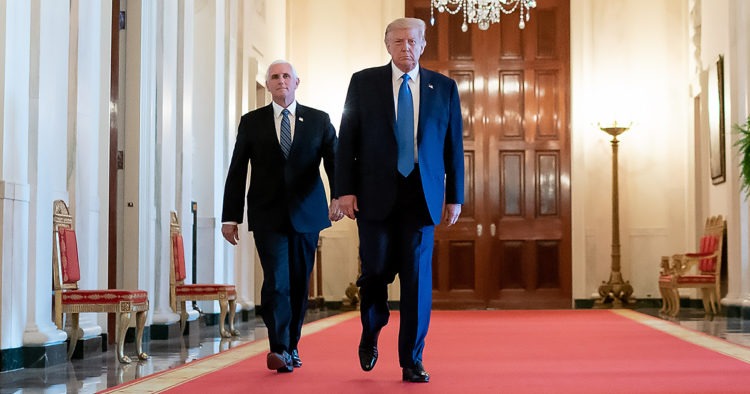 Citing the United States Constitution and U.S. Code, Constitutional Lawyer Ivan Raiklin says it is Vice President Mike Pence’s duty to instruct states to expeditiously send their Electoral College Certificates immediately if they have not been received.

U.S.C. 12 explains that “When no certificate of vote and list mentioned in sections 9 and 11 of this title from any State shall have been received by the President of the Senate or by the Archivist of the United States by the fourth Wednesday in December, after the meeting of the electors shall have been held, the President of the Senate … shall request, by the most expeditious method available, the secretary of state of the State to send up the certificate…”

Beyond the allegations and evidence of widespread fraud presented by both President Donald Trump’s legal team and independent lawyers and witnesses across the United States, several states have now sent competing slates of delegates to Washington, D.C.

Additionally, Republicans in Pennsylvania and Arizona have asked the U.S. Congress not to accept the votes assigned by the state’s Secretary of State, suggesting they represent fraudulent election results.

Should Pence take this action, he is then instructed by the law to request these states immediately send accurate Electoral College Certificates before January 6.

“That forces State Legislatures’ hand,” said Raiklin. “Pence can force the legislatures to reclaim their Constitutional power, hold a session, and appoint the Electoral College votes themselves as the Supreme Court did not address this issue.”