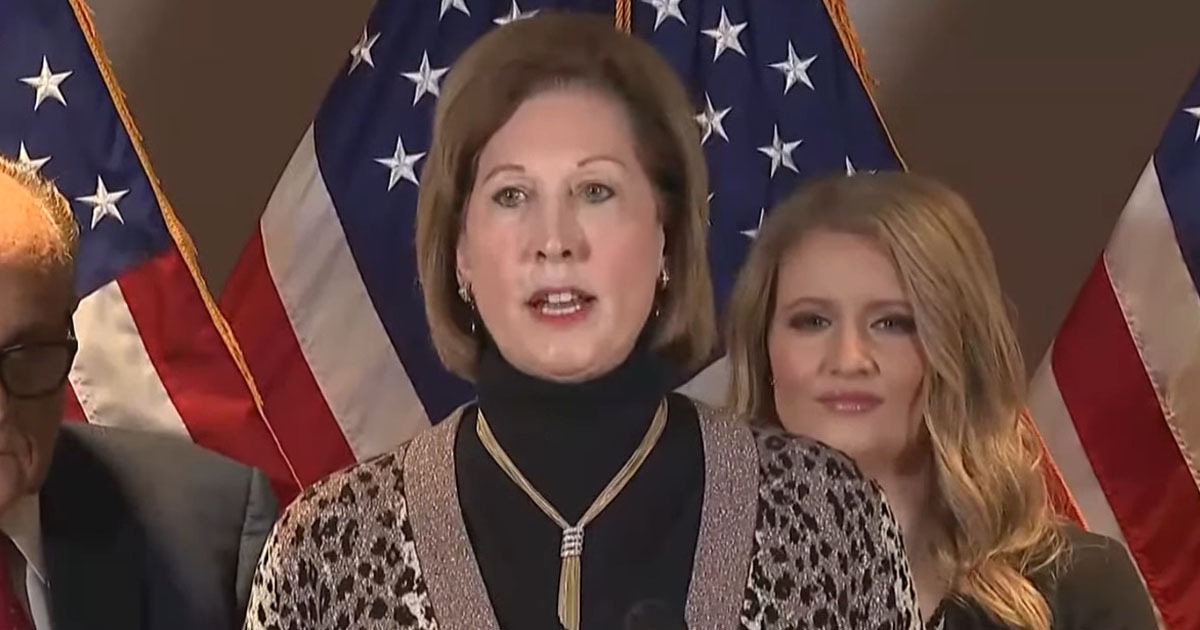 Pro-Trump advocate and attorney for General Michael Flynn, Sidney Powell, appeared to fire a warning shot via Twitter this morning, telling voters and officials in the Commonwealth of Virginia that “the Kraken on steroids team will see you soon.”

In the Tweet, Powell linked back to a report from the American Thinker that, using detailed analysis, alleges “hanky panky” that flat-out stole the state from President Trump in the early morning hours of November 4th. According to the Thinker’s article, as Trump votes rolled in in shocking numbers, election officials in Virginia – whose state-level government is now solidly under Democrat control – created, out of thin air, about 479,337 votes for Joe Biden, all the while ‘losing’ Trump votes (to avoid the 300% voter turnout figures seen in other states), handing Virginia’s 13 Electoral College votes over to the Biden-Harris ticket.

“Remember, earlier in the evening of November 3 Trump had a huge lead of 500,000-plus votes which the crooks had to eliminate; thus between 11:14 and 11:43 they created an enormous, out-of-thin-air surge of almost a half-million votes for Biden which, at 11:33 PM on November 3, suddenly flipped the lead in the race from Trump to Biden.

But this fraudulent maneuver had two problems. First, it was hard to believe, a sudden vote swing of 4.5% in just 8 minutes; and second, those half-million fake Biden votes might show more ‘votes’ cast than there were registered voters to cast them, making the fraud immediately obvious. So the crooks had to lower the overall vote total to bring it more into line with the 2016 and prior presidential elections.”

As I’ve previously reported for National File, in Virginia’s 7th Congressional District, with roughly 85% of the vote tallied, President Trump and Republican challenger for Congress Nick Freitas each led their respective races by healthy margins, before the miraculous discovery of nearly 15,000 votes stored on a thumb drive. After the miracle votes were counted, Democrat incumbent Abigail Spanberger edged out Freitas and claimed victory, thanks to over 70% of the drive-stored votes breaking for Democrats.

Additionally, several other reports have drawn Virginia’s election results into question, including a November 15th report from The Gateway Pundit alleging that “there are multiple reasons why the Virginia results in the 2020 Presidential election should be questioned.”