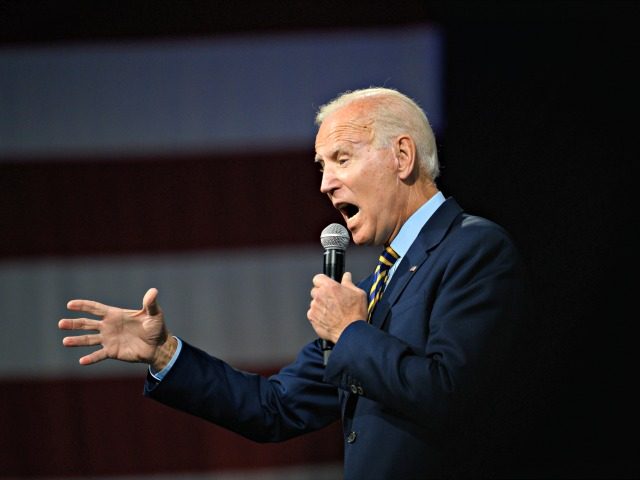 Former Vice President Joe Biden’s plan to do away with the Protection of Lawful Commerce in Arms Act (PLCAA) could bankrupt the entire firearms industry.

President George W. Bush signed the PLCAA into law in 2005 as a way of protecting firearms manufacturers from frivolous lawsuits. But Biden campaigned on opening up firearm manufacturers to suits tied to the criminal misuse of the products they make.

On February 7, 2020, Breitbart News reported Biden telling a New Hampshire audience it was a “mistake” to give “gun manufacturers … a loophole that does not allow them to be sued for the carnage they are creating.”

He added, “The first thing I’m going to do as president is work to get rid of that, and it’s going to be hard.”

On February 24, 2020, Breitbart News reported that Biden looked into the camera during a South Carolina speech, called out gun manufacturers, and said, “I’m going to take you down.”

The PLCAA shields gun manufacturers from lawsuits in situations where the guns in question were legally made and legally sold. Biden wants those protections eliminated.

During an October 2019 gun control forum in Las Vegas Biden claimed opening gun makers up to lawsuits would result in “change overnight.”

The Daily Caller spoke with Missouri self-defense lawyer and firearms trainer Kevin Jamison about Biden’s plans, and he made clear that firearms manufacturers would enter a financial tailspin if Biden has his way. Jamison said, “The guys pushing these lawsuits, they don’t care if they win. They care if they can force these companies to hemorrhage money. They are in the business of putting gun companies out of business.”

Jamison added, “If they destroy enough companies or force them to adopt their rules of procedure then there will be no place to buy guns and that’s what they’re looking for. They want to make it as expensive to own a gun as humanly possible — and as difficult. If they get even part of their wish list, they won.”