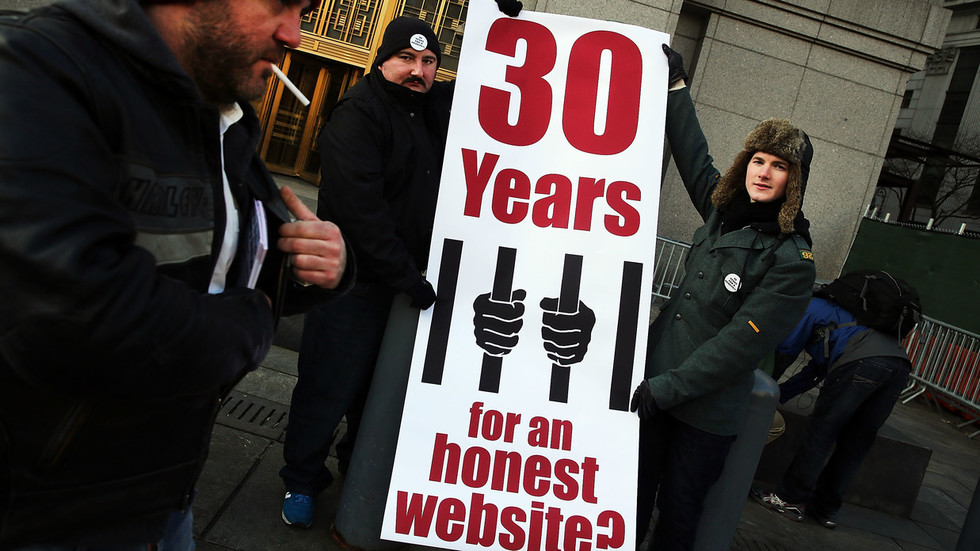 Donald Trump is mulling a pardon for Ross Ulbricht, creator of the darknet drug market Silk Road, according to a report. The potential act of mercy has elicited groans from pundits who think there are more deserving candidates.

The White House counsel’s office is reviewing Ulbricht’s case, and the US president has privately expressed sympathy for the felon, the Daily Beast said, citing several sources familiar with the matter.

In 2015 Ulbricht received a life sentence without the possibility of parole after being accused of computer fraud, money laundering, and drug charges related to his Silk Road site, which allowed users to purchase drugs anonymously using cryptocurrencies like bitcoin. Ulbricht’s attorneys filed two unsuccessful appeals to overturn the sentence, which is viewed by some activists, commentators, and even lawmakers as inhumane.

As the outgoing president, Trump is expected to grant commutations and pardons before the January 20 inauguration of Democrat Joe Biden. But the news of Ulbricht potentially receiving a get-out-of-jail-free card seems to have polarized the internet, with even some of the president’s supporters arguing that Trump has his pardon priorities all wrong.

Journalist Ryan Saavedra pointed to allegations that Ulbricht plotted to murder several Silk Road users, concluding: “More people need to be locked up, not less.” Ulbricht was not found guilty of murder or attempted murder, as charges related to the disputed incident were dropped by prosecutors.

Others took the opposite position, claiming that Ulbricht was languishing in prison while other candidates for clemency, such as Snowden, were living relatively normal lives.

First two are suffering, while Snowden is living large…even had a major motion picture made about him

The debate over who is most deserving of Trump’s mercy appears to have peeved commentator Jordan Schachtel, who made the case that Ulbricht, Snowden, and WikiLeaks co-founder Julian Assange were all deserving of pardons.

“You don’t have to agree with people’s ideas to defend their right to live free,” he stressed.

You don't have to agree with people's ideas to defend their right to live free.