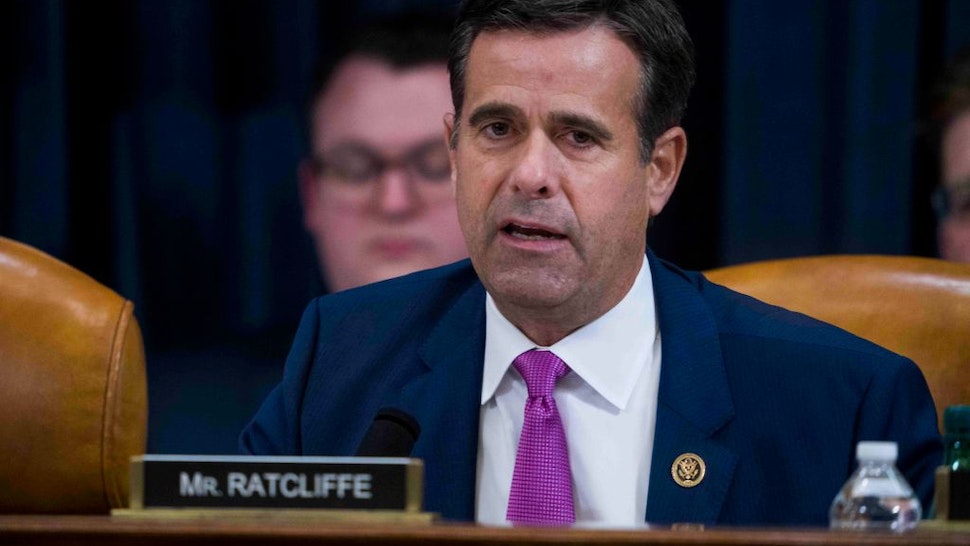 On Thursday, writing in The Wall Street Journal, Director of National Intelligence John Ratcliffe issued a clarion call warning of China’s determination to dominate the United States, revealing that he had “briefed the House and Senate Intelligence committees that China is targeting members of Congress with six times the frequency of Russia and 12 times the frequency of Iran.”

He explained, “I call its approach of economic espionage ‘rob, replicate and replace.’ China robs U.S. companies of their intellectual property, replicates the technology, and then replaces the U.S. firms in the global marketplace.”

Ratcliffe offered examples such as the Chinese wind-turbine manufacturer Sinovel, which was found guilty by a federal jury of stealing trade secrets from American Superconductor. Ratcliffe continued, “Penalties were imposed but the damage was done. The theft resulted in the U.S. company losing more than $1 billion in shareholder value and cutting 700 jobs. Today Sinovel sells wind turbines world-wide as if it built a legitimate business through ingenuity and hard work rather than theft.”

Ratcliffe referenced the head of Harvard’s Chemistry Department, a Chinese national, who was arrested after China allegedly was paying him $50,000 a month to “attract top scientists and reward them for stealing information.” Ratcliffe stated, “China also steals sensitive U.S. defense technology to fuel President Xi Jinping’s aggressive plan to make China the world’s foremost military power. U.S. intelligence shows that China has even conducted human testing on members of the People’s Liberation Army in hope of developing soldiers with biologically enhanced capabilities. There are no ethical boundaries to Beijing’s pursuit of power.”

Ratcliffe wrote that China’s “intelligence services use their access to tech firms such as Huawei to enable malicious activities, including the introduction of vulnerabilities into software and equipment.”

Vis-à-vis Congress, he asserted, “This year China engaged in a massive influence campaign that included targeting several dozen members of Congress and congressional aides,” adding, “Today we must look with clear eyes at the facts in front of us, which make plain that China should be America’s primary national security focus going forward. … We shouldn’t assume that Beijing’s efforts to drag the world back into the dark will fail just because the forces of good have triumphed before in modern times. … Beijing is preparing for an open-ended period of confrontation with the U.S. Washington should also be prepared. Leaders must work across partisan divides to understand the threat, speak about it openly, and take action to address it.”

He concluded, “Americans have always risen to the moment, from defeating the scourge of fascism to bringing down the Iron Curtain. This generation will be judged by its response to China’s effort to reshape the world in its own image and replace America as the dominant superpower. The intelligence is clear. Our response must be as well.”