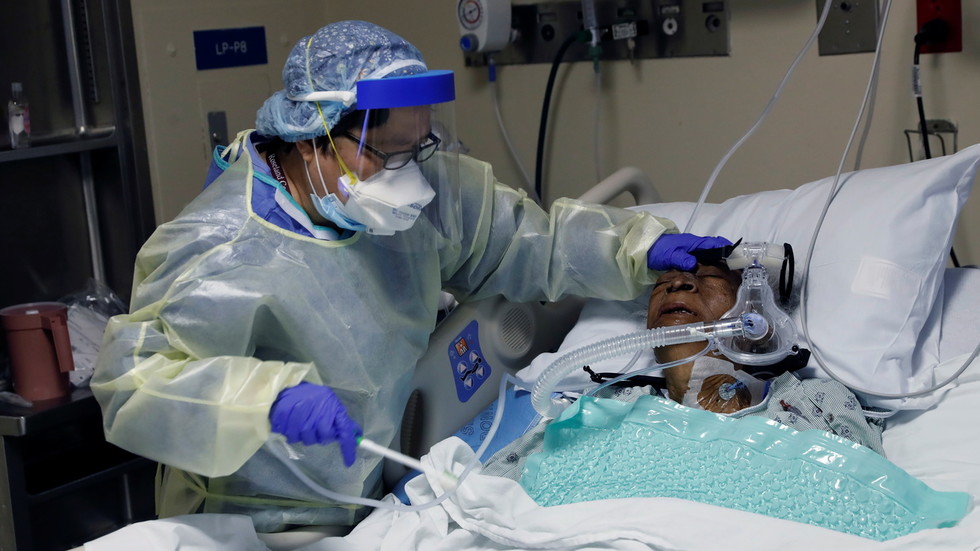 Coronavirus had been infecting people in the US even before China reported its first cases on December 31, 2019, research by the US Centers for Disease Control and Prevention (CDC) and the American Red Cross has revealed.

American medics officially registered their first Covid-19 patient on January 19, 2020, but the findings in a paper published in the journal Clinical Infectious Diseases suggest the virus may have been circulating in the US prior to that.

The researchers studied almost 7,400 blood donations made in nine US states between December 13, 2019 and January 17, 2020. Evidence of Covid-19 bodies antibodies, the presence of which suggest a person had contact with the virus, were present in 106 of those samples, according to the study.

This means coronavirus could have been in the US a month before it saw its first confirmed case, and weeks before the Chinese authorities announced the infection in the city of Wuhan.

The analysis of hospital data from across the US in late 2019 also showed a spike in flu patients, many of whom had “heavy coughing” and other severe respiratory symptoms.

European researchers have also speculated that coronavirus had been present in their countries before China officially announced the outbreak of the new strain. A French survey has discovered there were Covid-19 antibodies in blood samples taken in early December 2019. A similar study carried out by their Italian peers revealed that samples in Italy were already showing antibodies in September.

Spanish virologists, meanwhile, found traces of coronavirus in sewage water samples collected in March 2019 – a full nine month before the events in Wuhan.