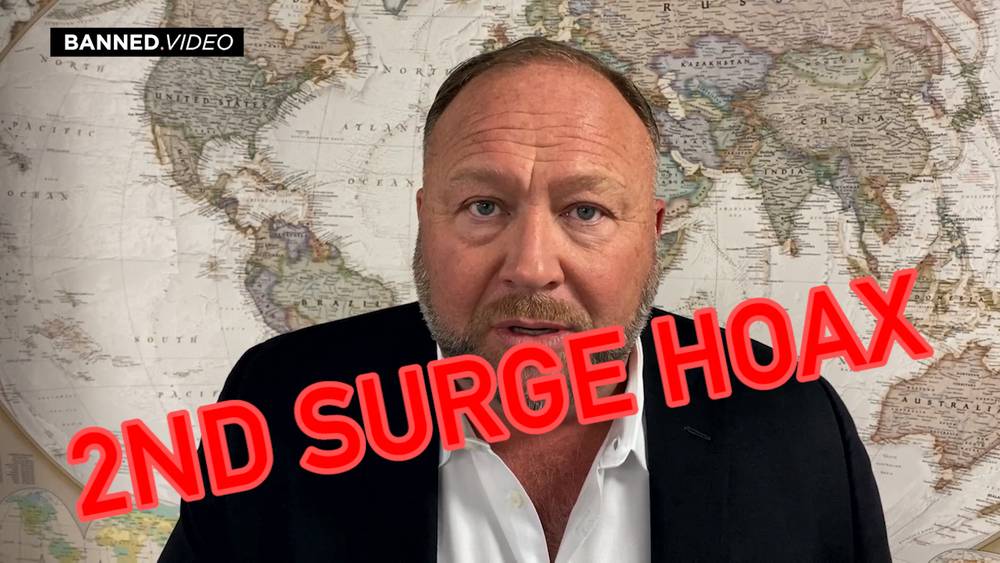 Alex Jones breaks down the bombshell admission by a hospital executive that the so-called “second wave” of the China Virus is a total hoax, much like the rest of the pandemic hysteria.

The whistleblower from the University of Pittsburgh Medical Center, which operates a network of 35 hospitals in western Pennsylvania, described how the latest “surge” of Covid cases was overblown by the media.

During this period, he said, hospitalizations increased from 96 beds to 600 beds, where the patients were kept in observation overnight and no deaths resulted.

However, the media will report that there was a 600% increase in hospitalizations to make it seem more dire and to justify another lockdown.

For example, if you start with 5 patients to 25, the media will say there was a 500% increase in cases — sounds terrifying, right?

But the reality is, no deaths resulted from 600 hospitalized patients, so another lockdown would be unnecessary and not worth the economic devastation.