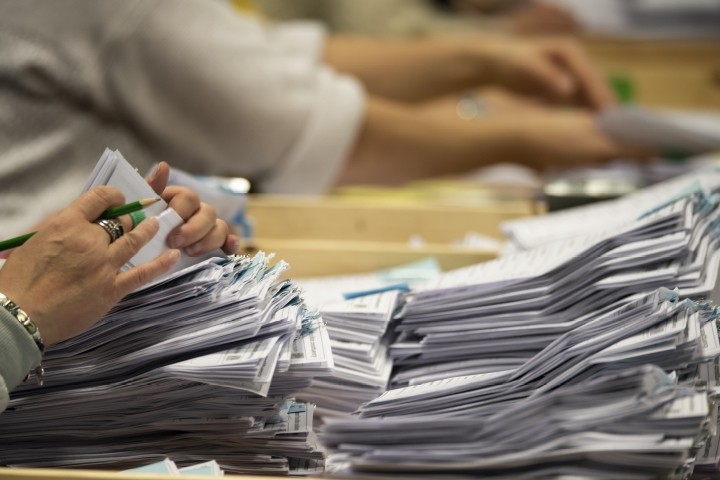 Members of the Michigan Senate’s Oversight Committee spent over six hours Tuesday probing allegations of wrongdoing in the 2020 election while a crowd of Trump supporters chanted enthusiastically outside.

The investigation is set to continue on Wednesday when President Trump’s personal attorney, Rudy Giuliani, appears before the State House Oversight Committee.

In one of the hearing’s most notable moments, a Michigan poll watcher said he saw a suspicious 4 a.m. ballot dump for Joe Biden, with “dollies full of ballots wheeled in.”

President Trump was originally ahead on Election Night when the state suddenly stopped counting votes. Then, around 4:30 a.m. the next day, a massive dump of 130,000 votes for Joe Biden appeared in Michigan.

The president on Twitter shared a video of the Michigan poll worker’s testimony.

The Amistad Project said that they have sworn declarations that state over 300,000 ballots are at issue in Arizona, 548,000 in Michigan, 204,000 in Georgia, and over 121,000 in Pennsylvania. They claim that their evidence reveals multi-state illegal efforts by USPS workers to influence the election in at least three of six swing states.

The whistleblower statements include potentially hundreds of thousands of completed absentee ballots being transported across three state lines, and a trailer filled with ballots disappearing in Pennsylvania.

The press conference heard from truck driver Jesse Morgan, who was tasked with delivering completed ballots to Pennsylvania from New York state.

“In total I saw 24 gaylords, or large cardboard containers of ballots, loaded into my trailer. These gaylords contained plastic trays, I call them totes or trays of ballots stacked on top of each other. All the envelopes were the same size. I saw the envelopes had return addresses…. They were complete ballots,” Morgan said.

Morgan went on to say that he sat in Harrisburg for hours. When he was told to leave, the supervisor at the post office would not give him a slip so he could get paid. Morgan described the manager-supervisor as “kinda rude.”

This testimony was shared by the official Team Trump Twitter profile.

Jesse Morgan, a truck driver with USPS subcontractor says he was suspicious of his cargo load of 288,000 COMPLETED ballots: “I was driving completed ballots from New York to Pennsylvania. I didn’t know, so I decided to speak up.” pic.twitter.com/YYIiZL1V55

“To date, we have not seen fraud on a scale that could have affected a different outcome in the election,” Barr told the Associated Press.

The attorney general added, “There’s been one assertion that would be systemic fraud and that would be the claim that machines were programmed essentially to skew the election results. And the DHS and DOJ have looked into that, and so far, we haven’t seen anything to substantiate that.”

Yet the evidence abounds for those willing to see it.