The media company Protocol, a sister site of Politico, recently published an article about Twitter’s new “head of product for conversational safety,” Christine Su. It claims that Su, a “young, queer Asian-American businesswoman,” is revolutionizing what “user safety” on social media means.

Twitter hired Su around six months ago to be in charge of “what might be the most difficult task on Twitter,” despite having no apparent experience in politics, programming, and media relations. But Twitter seems to like her for her “creative” and “somewhat radical new ideas” about user safety.

“As a queer woman of color who is an Asian American in tech in rural America, that experience is a very intersectional one. I’ve had plenty of experiences moving through spaces where I wanted more safety,” Su said.

Trending: HMM: Michelle Obama was Desperate Not to be Photographed in a Bikini as First Lady

Protocol writes that Su’s vision incorporates “transformative and procedural justice.” Transformative justice ostensibly refers to a non-retributive form of repairing harm done to someone and preventing it from happening again; procedural justice to enacting a set of rules that “make harm rarer in the first place.”

This all sounds nice and dandy—but beware. So-called transformative and procedural justice will not benefit you, but will crush you. Anything that’s perceived as “harmful” against “women and people from marginalized groups” can and will be used to censor you. Christine Su may reassuringly claim that “the point is not to make the entire world a safe space,” but she’s open about the fact that she will help give the Coalition of the Fringes more control over what people are allowed to do and say on Twitter.

Examples from the article:

You know full well that a company like Facebook would shortly follow suit. After all, it’s not just Twitter that Su is “revolutionizing,” but the concept of social media itself. Figure out where all this is heading. 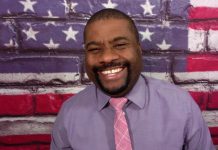