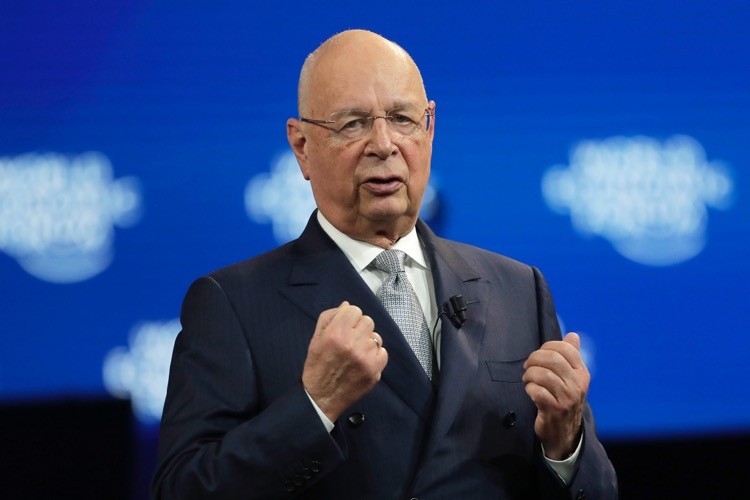 Klaus Schwab, the founder of the globalist World Economic Forum and one of the principle architects of the so-called Great Reset, is saying that the world will never again return to normal as a result of the COVID-19 virus. Despite admitting that the virus is not an “existential threat,” Schwab believes that the world’s reaction to it will create the long awaited “new world order.”

In his book COVID-19: The Great Reset, Schwab explains: “Many of us are pondering when things will return to normal. The short response is: never. Nothing will ever return to the ‘broken’ sense of normalcy that prevailed prior to the crisis because the coronavirus pandemic marks a fundamental inflection point in our global trajectory.”

This despite the pandemic not really being the massive crisis that the mainstream media and leftists insist that it is. Schwab admits: “Unlike certain past epidemics, COVID-19 doesn’t pose a new existential threat.”

Despite the coronavirus not being an “existential threat,” Schwab believes that it can and should be used as the catalyst to create a new world system, which he calls the “Great Reset,” a new system where capitalism still exists in a watered down form, but where the real power is wielded by a few global elites with more authoritarian forms of government aiding and abetting them.

Schwab also speaks of a coming Fourth Industrial Revolution, where most human jobs will be accomplished by robotics.

“The COVID-19 crisis has shown us that our old systems are not fit anymore for the twenty-first century. It has laid bare the fundamental lack of social cohesion, fairness, inclusion and equality,” Schwab said. “In short, we need a great reset.”

For Schwab, a choice exists between going back to the capitalist status quo, which has served most quite well since the end of World War II, and a new system of capitalism-lite with Marxist elements thrown in.

“Specifically, we will need to reconsider our collective commitment to ‘capitalism’ as we have known it,” Scwab writes.

Schwab continued: “We must rethink what we mean by ‘capital’ in its many iterations, whether financial, environmental, social, or human. Today’s consumers do not want more and better goods and services for a reasonable price. Rather, they increasingly expect companies to contribute to social welfare and the common good.”

In other words, corporations should no longer exist solely in order to create goods and gain profit, but to assist in curing society’s ills — almost if the companies themselves are a part of government.

“We have a choice. To remain passive which would lead to the amplification of many of the trends we see today: polarization, nationalism, racism and, ultimately, increased social unrest and confidence,” warned Schwab. “But we have another choice. We can build a new social contract, particularly integrating the next generation. We can change our behavior to be in harmony with nature again.”

“And we can make sure that the technologies of the fourth industrial revolution are best utilized to provide us with better lives.”

In Schwab’s new world, things such as rolling lock-downs, crowd restrictions, and mask mandates will become a permanent part of not only America, but the entire world. This change, Schwab believes, is coming whether we like it or not.

“Radical changes of such consequence are coming that some pundits have referred to as ‘before coronavirus’ (BC) and ‘after coronavirus’ (AC) era. We will continue to be surprised by both the rapidity and unexpected nature of these changes — as they conflate with each other, they will provoke second -, third -, fourth – and more-order consequences, cascading effects and unforeseen outcomes,” Schwab writes.