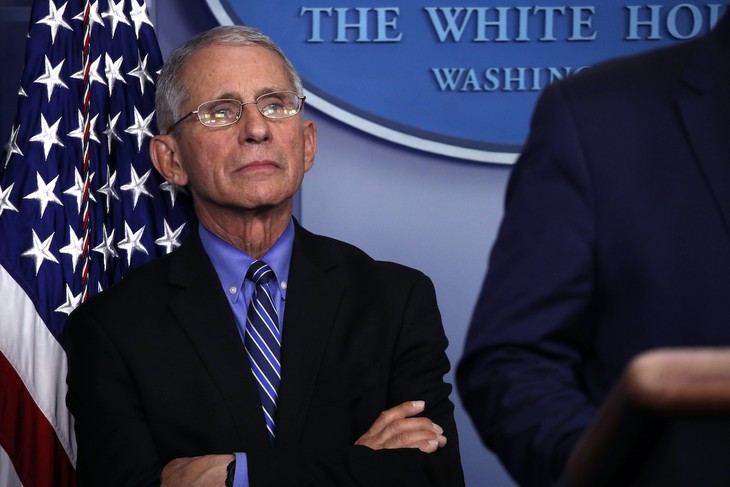 In yet another move that seems to indicate that COVID-19 is unlike any virus that has ever existed, Dr. Anthony Fauci told McClatchy DC that people previously infected with and recovered from COVID-19 should get the vaccine anyway:

“I believe they should” take the vaccine, Fauci said, addressing concerns among individuals who have already recovered from infection. “The final decision is going to be awaiting both FDA input, because we know that there were a certain percentage of the people who were in the original vaccine trial that had evidence they had been previously infected. So we need to see what the outcome of those individuals were.”

This should raise all kinds of questions for several reasons. First, why were people with evidence of having been infected enrolled in the vaccine study? If they had active antibodies, they were likely already protected from infection. Even Dr. Fauci admitted that, after President Trump recovered from COVID-19. In an interview with CNN’s Jake Tapper, he said:

The problem with the word immune is it means different things to different individuals, Jake. If he means that he’s been infected and having been infected and recovered that he will not get infected again, that’s true for a limited period of time. But what we do not know is how long that protection lasts. So, technically speaking, from an immunological standpoint, he has an immune response in him that very likely would protect him from being reinfected.

And, truth be told, science has provided some understanding of the immune response to COVID-19. Several studies have shown that exposure to other coronaviruses, like SARS and those that cause the common cold, may provide some protection against COVID-19. This is because the immune system has both short- and long-term components.

Antibodies are the short-term immune response. We know these exist and that they provide some level of protection because we are testing for them. The long-term immune response is governed in part by T cells. These cells have a “memory” for certain properties of a virus and can mount an immune response when the T cells detect them. These two systems are working together in our bodies at all times to keep us healthy and free from illness. The way they function is also the underlying science behind every vaccine against a virus.

New research, awaiting peer review, gives great hope that the immune response to COVID-19 will be extremely robust. According to The New York Times:

Eight months after infection, most people who have recovered still have enough immune cells to fend off the virus and prevent illness, the new data show. A slow rate of decline in the short term suggests, happily, that these cells may persist in the body for a very, very long time to come.

The research, published online, has not been peer-reviewed nor published in a scientific journal. But it is the most comprehensive and long-ranging study of immune memory to the coronavirus to date.

“That amount of memory would likely prevent the vast majority of people from getting hospitalized disease, severe disease, for many years,” said Shane Crotty, a virologist at the La Jolla Institute of Immunology who co-led the new study.

This is consistent with earlier studies on crossover immunity from other coronaviruses. They demonstrated that people who had survived SARS maintained crossover immunity to COVID-19 after 17 years. Researchers were surprised to see those who had not had SARS but were exposed to other coronaviruses also had an active immune response to COVID-19. One study concluded that this type of response might be present in 40-60% of the population.

This finding was reinforced by another study reported in The New York Times:

In a study published Friday in Science, the group, led by George Kassiotis, who heads the Retroviral Immunology Laboratory at the institute, reports that on average only 5 percent of adults had these antibodies, but 43 percent of children did.

Researchers who did not participate in the study were intrigued by the finding. H. Benjamin Larman, an immunologist at Johns Hopkins School of Medicine, called it a “well-done study that puts forward a compelling theory which is supported by their data.”

This could be why German researchers asserted that children act as a “brake” on infection and Swiss health experts noted the lack of risk to elderly relatives from children. It could also be why a large detailed genetic analysis in Iceland could not find a single infection in children under the age of 10.