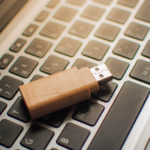 Amid accusations of massive battleground state election fraud meant to swing the Presidential race for Democrat Joe Biden, outraged voters in the 7th District of Virginia are sounding the alarm after incumbent Democrat Abigail Spanberger was propelled to victory by the discovery of nearly 15,000 early absentee votes stored on a thumb drive in the Richmond suburb of Henrico County.

In a chain of events similar to those that have played out around the country, with roughly 85% of votes reported as being tallied, Republican challenger Nick Freitas, as well as President Donald Trump, led their respective races in the 7th District by a wide margin, only to see those leads evaporate the next day following the ballots’ apparent discovery.

Of the 14,616 votes stored on the drive, more than 70% of them broke for Spanberger, and the Democrat incumbent declared victory. She now holds a nearly 5,000 vote lead with an additional 10,000 mail-ballots remaining to be tallied. As has been seen in Pennsylvania, Virginia was still accepting mail-in votes three days post-election.

The word transparency gets kicked around a lot. But there is nothing transparent about the disgraceful 2020 election process crushing the will of the American people.The video of incidents of fraud poured in on social media and there was little the Silicon Valley overlords could do to stop it. Many of these videos need to be examined for fraud.

While voters statewide have begun drilling down on the thumb drive incident, calling attention to what they are pointing to as yet another example of a serious vote-counting irregularity, the Henrico County Registrar is blaming the situation on cost-saving measures, claiming that the early absentee votes were mistakenly stored on a thumb drive labeled as holding provisional ballots, because he was worried about spending $125 to properly count votes during a Presidential Election cycle.

“They’re about $125 for a little 4 gig stick,” Registrar Mike Coakley told local media. “Trying to save money through the county instead of buying another stick. I just grabbed the one we already had out of the provisional machine to use.”

“I know better now. We have funding available.”

The Freitas campaign, which represents the more libertarian-oriented wing of the Republican Party, seems to have remained mum on the thumb drive issue, as well as countless other serious problems with the vote-counting process nationwide, saying in their only Twitter post since Election Day that “out of respect” for the campaign’s supporters and volunteers an “appropriate statement” will be made when the official tally is concluded.