Yesterday, I took Trump attorney, Sidney Powell, to task for her lack of court-case filings.

Where’s the beef, I asked.

Because time is of the essence.

From everything I’ve studied, the amount of vote-fraud is titanic. Court cases are obviously necessary.

I want to read Sidney’s filings. I want to see the progress of cases through the courts.

But after the monster press conference yesterday, during which Rudy Giuliani, Sidney, and surprise star Jenna Ellis spoke, I believe I understand what’s really going on here. Ultimately, it has nothing to do with Sidney. I’ll speak to that in a minute.

First, the press conference was a hell of an event. Rudy broke through and hit home runs out of the park. Sidney made a stalwart presentation. Jenna Ellis, legal advisor to Trump, served up MAJOR high heat to the gathered press.

She hammered on the distinction between an opening presentation (the press conference) and a court trial, in which evidence is presented in detail.

She told the press they wouldn’t even accurately report this very press conference the next day. Her tone was iron conviction heated in a forge.

You don’t learn that in school or in a courtroom. It comes from someplace else.

Rudy took the reporters to school. He told them their claims of “lack of evidence” for fraud were ridiculous. Affidavits are evidence. He waved a list of sworn statements at them, from on-site witnesses, which asserted:

Sidney spoke about Dominion Voting Systems, Smartmatic, and their Swiss Cheese software with back doors. The easy opportunities for hacking into machines. The algorithm set up to flip votes from Trump to Biden.

Jenna said a prosecutor could take days to prepare a case about a single crime that was committed during the course of a few minutes. Here, the lawyers were dealing with a case that stretched out across a massive amount of space, and went back in time.

AND THAT IS THE PROBLEM.

Trump’s lawyers ARE under the gun. The moment Trump settled into the Oval Office, after the 2016 election, he should have appointed a high-IQ, loyal-to-the-death, grim reaper to prepare for this moment: his next election.

Because it was obvious the Democrats—if they couldn’t impeach him first—were going to call in all their markers to take him to the cleaners in 2020: They’d assemble foot soldiers, enforcers, journalists, bureaucrats, city-machine politicians, computer pros, straight-out thugs, agent provocateurs, every usual suspect and bribable piece of scum in every big city in every key state. All hands on deck.

But a Trump team to plan for that kind of 2020 didn’t materialize. Not soon enough. Not good enough. Not thorough enough. Not relentless enough.

And because Trump is a salesman, and a deal maker, and not a detailed planner, he didn’t button up that team and discover their deficiencies.

So, when the time came, and the 2020 election votes poured in, he wasn’t ready. Not in the way you have to be ready for this kind of war.

Therefore, the whole battlefield has to be occupied by his lawyers. Right now. For the multi-dimensional fraud case of a lifetime. With deadlines looming.

No small band of lawyers, no matter how sharp, could handle this on the fly, without breaking into a cold sweat. Especially when some of their attorney colleagues are jumping ship, because their careers are being threatened by fanatical Left Democrats from Nome to Tampa.

And every day, the bloated news network slugs calmly twiddle and twaddle about the brand spanking new president Joe and his plans and possible choices for cabinet posts, as if the sky is clear and the course is fixed, and all’s right with the world. Justice has been served. The people have spoken. The US is most certainly not a banana republic.

Right. Sure. Down in those forlorn places, troops with guns take over the radio station, which is all you need to stage a coup. Up here, our very best coiffed and powdered professional liars are ALREADY the radio station. And they call the election.

If they say Rex the shaggy dog is the next president, the nation of viewers nods and goes back to sleep.

But not this time.

The millions of Biden voters want, or will dutifully submit to, those mandates and lockdowns. They believe government can not only establish equality of opportunity for all, but can guarantee “equality of outcome” across the board. That way spells the long night of disaster.

That is why I want the Trump voters to win.

To see if that happens, there must be an honest count.

So far, we have a news-network count. That’s all.

So the lawyers go to court.

I don’t profess naïve faith in the judicial system. But it’s a road that has to be traveled.

Win or lose, this isn’t over, because the truth isn’t over. Ever.

ALL THOSE PENTAGON IP ADDRESSES 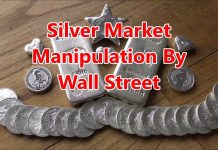