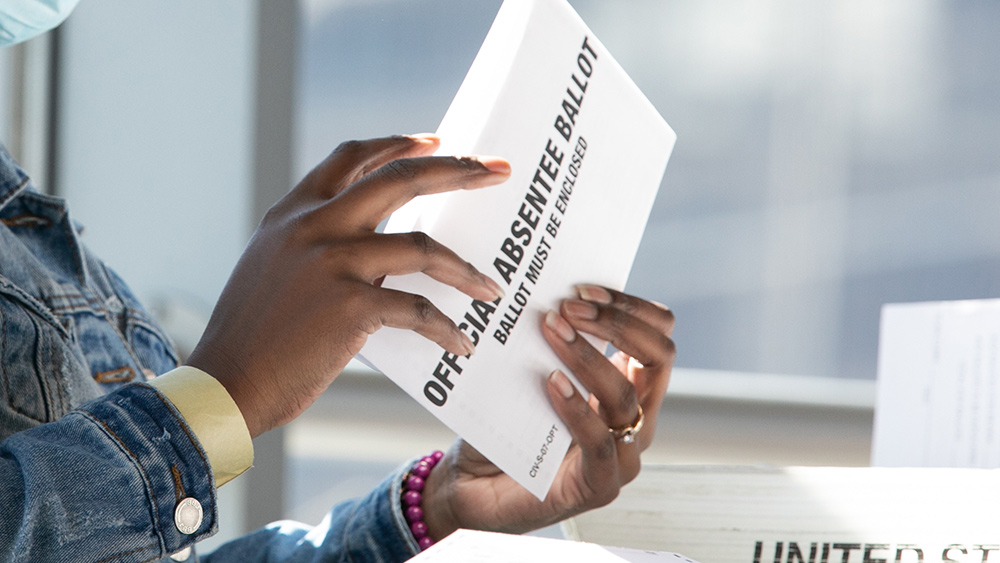 On Friday morning, Georgia began to recount the votes it received on November 3.  However, within a short time, reports came in that the recount process was being conducted with as little respect for transparency as the original vote count.  Without that transparency, this recount is a waste of taxpayer time and money.

Before getting to the problem with the recount itself, we need to be sure we’re all on the same page about what’s happening in Georgia, so some background is necessary.  In my post about the two different types of election fraud, I explained that the first type of fraud goes to ballot legitimacy.  That is, was the piece of paper that got fed into the counting machine from a duly registered voter?  If not, that vote cannot be counted.

We know from the affidavits flooding in from across the country that the Democrats used the Wuhan virus to justify mailing out millions of ballots to anyone on the voter registers, whether that person had since died, moved on, or lost interest in voting.  Because voter rolls are chock-full of such voters, mass mailings meant that thousand, tens of thousands, or even hundreds of thousands of ballots were floating around in mail-in states, free for anyone to grab and submit.

Democrats made this fraud possible because they have steadily chipped away at other election legitimacy gatekeepers, such as identification checks and signature matches.  In Democrat-run states, voting became as easy and as vulnerable to fraud as going to a shopping mall, filling out names on slips of paper, and sticking them in a big bucket for a promotional “drawing” for a bike or car.  Or, even better, mailing hundreds of completed slips of paper to your buddy at the car dealer for him to put in the bucket.  That’s how Democrat states ran their elections in 2020.

So here’s what’s important to know about Georgia’s recount: the recount will do nothing to correct this first type of fraud.  The process of vetting voters was wholly corrupt, and there is no way to disentangle the illegitimate from the legitimate ballots during the recount.

The second type of fraud involves counting.  Data-crunchers have produced powerful evidence that electronic voting machines in contested states were set to switch votes from Trump to Biden.  Jay Valentine has an accessible rundown of that type of fraud here.  What’s good about computer fraud is that, while it can be hidden on a small scale, on a large scale, it leaves unmistakable clues.  (You can read more about these clues here and here.)  There’s strong evidence that the same pro-Biden code that showed up in Michigan also affected votes in Georgia.

In theory, while it won’t winnow out illegitimate ballots, a hand recount will at least prevent a repeat of the computer counting fraud.  However, that works only if the humans doing the counting don’t cheat.

The best way to prevent humans from cheating is to watch them.  Indeed, those of you old enough to remember the Florida recount in 2000 will also remember that the media wandered freely through the counting rooms, getting close-ups of people carefully examining each ballot for those infamous hanging chads.  Everyone understood that the point was to get it right.

What happens, though, when the people in charge of the recount, in place of transparency, once again refuse to allow representatives of the parties to audit their work?  What happens is this:

One of our observers at the hand count of the ballots ordered by Secretary of State Brad Raffensperger. Does this inspire confidence? pic.twitter.com/jRoFCvqWoZ

In a brief video that I can’t embed but that you can view here, Dick Morris explains that there is more going on than just barring Republicans from observing the vote.  In addition, to the extent there are still available envelopes from the mailed in (absentee) ballots, secretary of state Brad Raffensperger stated that the counters would not attempt to match the signatures.

The refusal to check signatures or otherwise try to validate mail-in ballots has created hugely anomalous rejection rates.  Typically, Georgia rejects 3.5% of absentee ballots because they cannot be validated.  This year, says Morris, the rejection rate is 0.002%.  As Morris said, with nothing more, that discrepancy points to vast fraud.

Not content with removing these fraud controls, Raffensberger also ordered the counties to finish the process by 3 P.M. on Saturday.  Georgia received roughly 5 million votes.  It’s ludicrous to believe they can properly be recounted in one and a half days.  This isn’t a recount; it’s fraud theater.