The US government has borrowed $4.2 trillion in the last 12 months, pushing the total national debt to over $27 trillion. In order for Uncle Sam to borrow, somebody has to lend. So, who is buying all of these government bonds?

Foreign and domestic investors, commercial banks and US government entities all buy US debt, but increasingly, the Federal Reserve is backstopping the market and making this borrowing binge possible.

In Q3, the Fed bought $240 billion in US Treasuries. That brought its total Treasury holdings to $4.44 trillion. The central bank now holds a record 16.5% of the US debt load.

Without the Fed soaking up trillions in Treasuries, the glut of bonds on the market would crash the price and push interest rates up – something the Federal Reserve cannot allow to happen. So, the Fed monetizes the debt via quantitative easing. The central bank buys bonds on the open market with money created out of thin air. This creates artificial demand and pushes interest rates artificially low.

Without the Fed’s intervention in the bond market, it would be virtually impossible for the US government to borrow money at the current level. Interest rates would have to soar in order to entice average investors to buy US Treasuries. The market would collapse.

When the Federal Reserve launched quantitative easing for the first time in the wake of the 2008 financial crisis, then-Fed ChairBen Bernanke promised that it was not debt monetization. He called it a temporary emergency measure and promised the central bank would sell the Treasuries it was adding to its balance sheet after the crisis passed. He said the difference between QE and debt monetization was that the Fed was not providing a permanent source of government funding.

Federal Reserve Chair Jerome Powell insists the Fed isn’t monetizing the debt. During testimony before the Senate Committee on Banking, Housing, and Urban Affairs back in June, Powell flatly denied the central bank is buying assets in order to facilitate the Treasury’s sale of debt. “That certainly is not our intention,” Powell said.

It wasn’t in any way about meeting Treasury supply and it continues not to be. We really don’t think about it.”

Powell then claimed that the demand for Treasuries was “robust.”

But when you look at the actual numbers, the demand is only robust because the Fed is in the marketplace. It’s unfathomable how Powell could claim with a straight face that the Fed isn’t monetizing the debt even as it effectively monetized 100% of the debt in March and April.

The Fed has slowed its Treasury purchases somewhat since April, but as the Q3 numbers show, it remains a huge player in the market. And as the US government continues to borrow to fund its massive deficits, there is no doubt it will continue to be one. 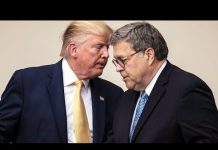